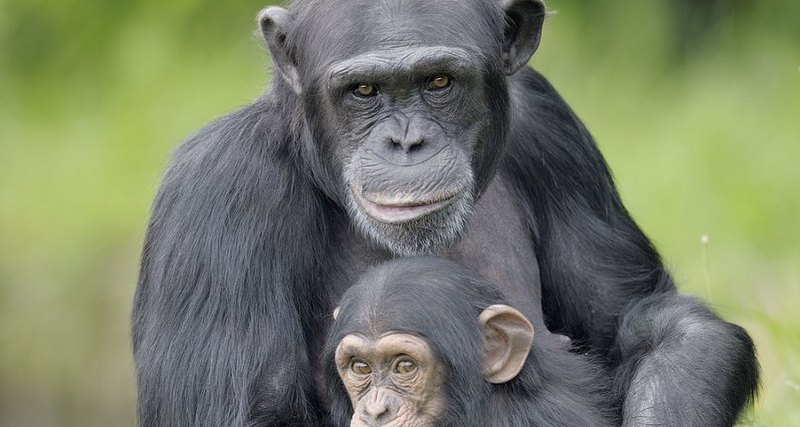 The exchange of food is considered one of the key factors in the development of human society. Later, it turned into a trade and switched to the exchange of a wide variety of benefits, including securities.

Animals, in general, do not tend to give their tribesman their food, for which he cannot pay at the moment with anything. Altruism is inherent in man. In addition, it sometimes appears in chimpanzees and bonobos. But the criteria for this “sometimes” to this day were unclear.

Researchers observed the behavior of chimpanzees living in the National Park Tay in Côte d’Ivoire. It turned out that chimpanzees are very picky when sharing food. The advantage in the division of food, such as meat, honey or large fruits, was given to those who can and will want to subsequently “return the debt.” These are relatives and friends, and the social status within the pack, apparently, is not fundamental.

These results correspond with data from a previous study. In its course, it turned out that after a monkey hunt, the most successful getters are likely to share the meat with other team members.

In addition, the researchers collected urine samples from chimpanzees after hunting and exchanging food and measured the level of the hormone oxytocin. “We know that oxytocin plays a strong role in lactation, which you can consider as an example of the distribution of food between mother and baby and is usually involved in regulating social behavior,” explains Liran Samuni, one of the authors of the work. Researchers have found high levels of oxytocin after chimpanzees have divided the meat harvested in a joint hunt. “The fact that we have discovered higher levels of oxytocin after hunting and exchange reinforces the idea that oxytocin is a key hormone involved in cooperation in general,” said Liran Samuni.

Researchers conclude that, like people, the exchange at Tai chimpanzees is selective. The emotional connection, common in friendly relations, played a crucial role in the development of human cooperation.