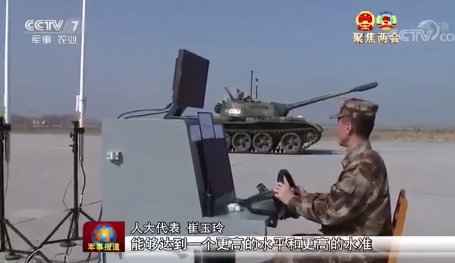 In the network appeared a video of the Chinese TV channel, where a Type 59 tank was shown, which the operator manages remotely.

According to media reports, the machine presented on the recording is a new stage on the way to the creation of a Chinese unmanned tank.