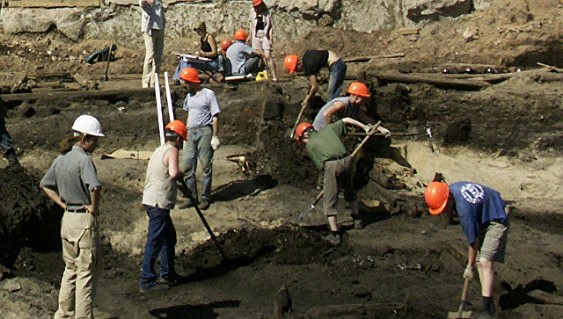 The Chinese archeologists found in one of tombs in the Province of Henan perfectly remained sword which age approximately 2300, reports the International radio of China (CRI) on Monday.

It is reported that the sword was found in an ancient tomb in the city of Sinyan. On video which publishes the International radio of China it is visible that the sword even kept a part of tentative sharpening. Also a sheath for a sword remained.

Presumably, the find falls into to the period of the Battling kingdoms, lasting since 475 B.C. till 221 year of our age.