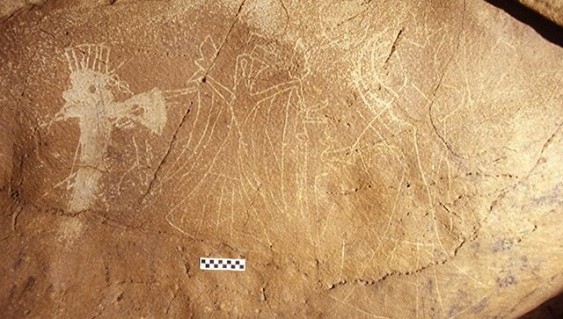 In the independent area the Inner Mongolia in the north of the People’s Republic of China ancient rock paintings by an age about two thousand years on which the Arab racers are, presumably, represented are found.

Nakhodka was made the Chinese and German archeologists in mountains of Yinshan. In drawings horses of the Arab thoroughbred breed in an armor, with leather saddles are represented. Presumably, drawings were made about 210 B.C.

Besides in the Chinese province of Shanxi frescos of times of a dynasty Jin which are more than 900 years old were found. The dynasty Jin existed during the period from 1135 to 1234. On frescos people who are engaged in various work and cooking are represented