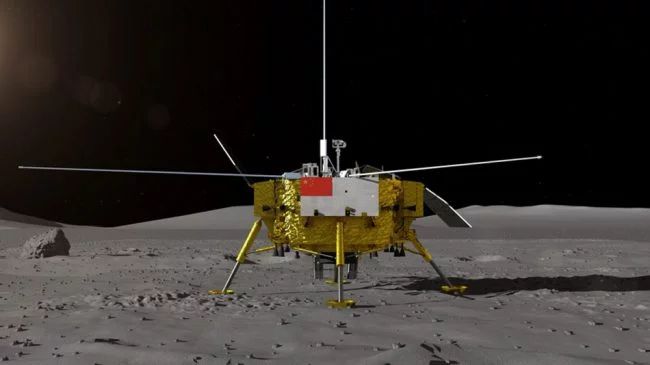 China on Friday launched the spacecraft Chang’e-4 to study the far side of the moon. This was announced by the information portal Sina.

The project is implemented with the participation of the Chinese National Space Administration. The launch was carried out at about 02:00 local time on Saturday (21:00 Moscow time, December 7) from the Xichang cosmodrome (southwestern Sichuan province) with the help of the Changzheng-3B launch vehicle.

The project was implemented with the participation of the Chinese National Space Administration. The launch was carried out at 02:00 local time on Saturday (21:00 Moscow time, December 7) from the Xichang cosmodrome (southwestern Sichuan province) with the help of the Changzheng-3V launch vehicle.

This lunar mission is one of the most ambitious projects of the Chinese cosmonautics of the current year. Chang’e-4 is an automatic lunar station and lunar rover that will be used for geological research. It is expected that the station will communicate with the Earth through a repeater at L2. This mission will also allow scientists to get a platform for further study of the reverse side of the natural satellite of our planet.

The apparatus communicates with the Earth with the help of the Quiqiao satellite transponder, the first in the history of the spacecraft, which began work in the halo-orbit at Lagrange point L2 on the far side of the moon. In this location, the satellite is able to maintain a stable position relative to the Sun and our planet for a long time.

Mastering the moon
The Chinese program of studying the moon is conditionally divided into three parts. In 2007, the “Chang’e-1” apparatus was successfully launched. He worked in the orbit of the moon for 16 months. As a result, a three-dimensional map of its high-resolution surface was compiled. In 2010, the second research apparatus was sent to the Moon to photograph the landing areas of the Chang’e-3.

The second stage of the study of the natural satellite of the Earth envisaged the delivery of a self-propelled vehicle to its surface. In the framework of the third phase, which is being implemented now, samples of lunar rocks should be delivered to Earth. China plans to send astronauts to the moon until 2036.