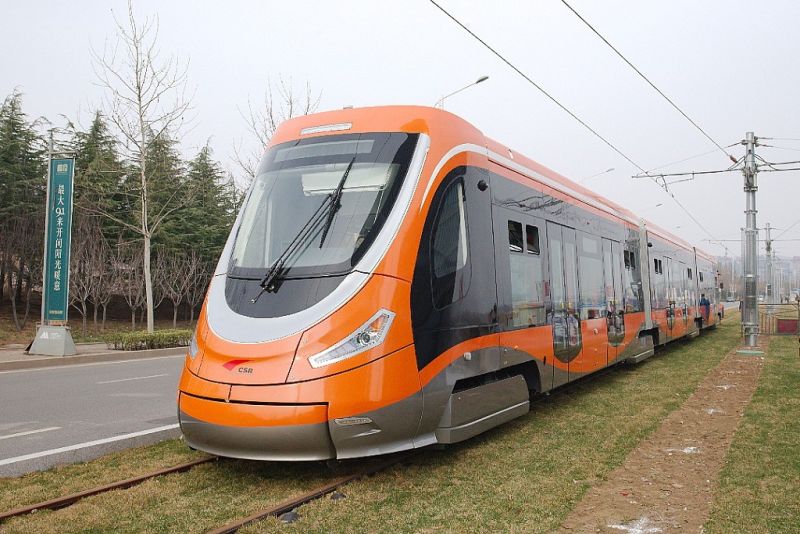 The Chinese car building company CSR Sifang will build eight trams with hydrogen fuel cells for the city of Foshan in Guangdong (China).

For China, the problem of air pollution, which is caused by air emissions from numerous industrial enterprises and the exhaust gases of road transport in megacities, is extremely important. Due to the worst environmental conditions in the air in Beijing, almost constantly smog visible to the naked eye and poses a serious threat to the health of residents.

To improve the situation, the municipal government of Foshan City in Guangdong Province intends to switch to more eco-friendly transport and purchase eight hydrogen trams that will walk along a new branch in the area of ​​Gaomin. The length of the line under construction from 20 stops will be 17.4 kilometers. The city administration will purchase from CSR Sifang eight trams, whose electric motors are powered by hydrogen fuel cells.

Hydrogen elements during the movement of the tram charge the batteries located under the floor of the passenger compartment, and also feed the electric motors. The fuel cells are refueled in just three minutes. The maximum speed of the tram is 70 km / h, and in the cabin is placed 285 people. Eight hydrogen trams, which are developed jointly with the Czech company Škoda, will be on the line until the end of 2018.