China wants to control the weather 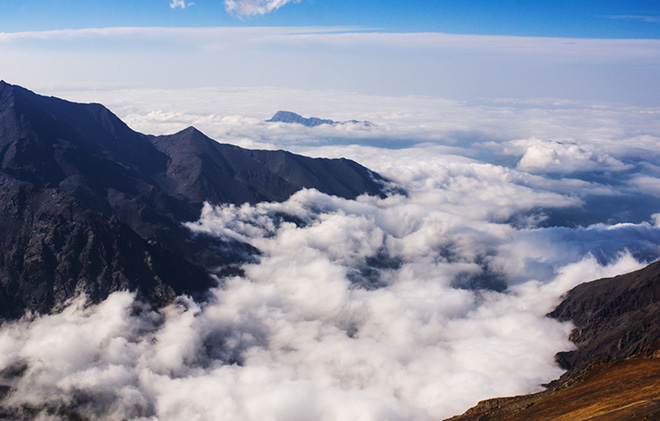 China has allocated 199 million yuan (about us $30 million) for the program modification of the weather as part of the measures for combating drought and mitigating natural disasters.

The Ministry of Finance introduced the draft earlier this month, shortly after state media reports that the victims of the flood this year more than 200 people. In this case, if the southern and Central regions were hit by heavy flooding, the North-West of the country was in the grip of drought. To assist regions that are experiencing extreme weather events, has been allocated additional funds.

China in recent years actively using technology to influence weather, including “seeding” clouds to cause rain during a drought, reduce hail or clear skies in front of prestigious international events.

According to the document, published early last year, the country intends to 2020 using the technology of modifying the weather to provide more than 60 billion cubic meters of additional rain per year.

“Seeding” clouds involves spraying fine particles of silver iodide into a cloud system to increase the number of falling raindrops. The technique was first proposed in the 1940-ies in the General Electric laboratories in Schenectady, new York. Two decades later, the Central Arizona Project and Salt River Project have invested in research to bring this idea to life.

A team of scientists from Nevada nowadays used for these purposes, a drone. According to engineers and meteorologists, they managed to create the first independent platform for the “seeding” of clouds that can increase the precipitation by 15 %.

Experts on drones and scientists from the Desert Research Institute, Drone America and AviSight have teamed up to build a drone with a special “zasebnim” equipment. They used a drone DAx8 and has successfully completed testing at the end of January 2016. “This is an important milestone,” said Adam watts, the lead author of the project.

Last year Arizona had submitted plans to create artificial rain clouds over the Rockies by means of “seeding” the sky with silver iodide from aircraft. Scientists hope that this technology will mitigate some of the worst effects of climate change, but not everything in it is assured.

The water in the air, even in arid areas may be converted into ice crystals “seeding” the atmosphere with chemicals such as silver iodide or dry ice. This triggers the process by which water in the air condenseries around the particles and kristallizuetsya with the formation of ice. As a result, they become too heavy to remain suspended in the air, and falls as precipitation.

But some scientists are concerned about the ingestion of silver, together with sediment in river basins, as well as legal uncertainty about who should receive additional amounts of water.

Compared to other alternatives such as seawater desalination, “seeding” of clouds with the cheapest option, but by itself it does not lead to deliverance from drought, according to the climatologist Nancy Selover, the end result from its application tradesmark. “This does not mean that the rainfall in the area has not increased and the technology is completely ineffective, but it is quite difficult to measure”.