China will have the world’s first “city-forest” 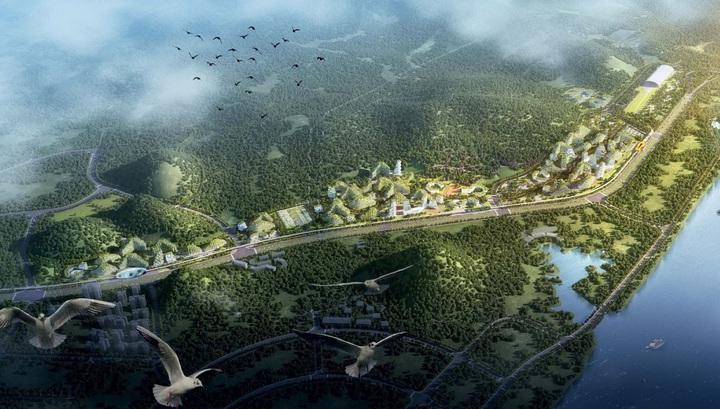 In the summer of 2016, China announced its intention to become a new eco-civilization. According to the report of the United Nations Environment Program (UNEP), by 2020 a quarter of the country’s area should be covered by forests.

In the document entitled “Green Gold: the Strategy and Actions of China’s Ecological Civilization,” experts stressed that over the past 30 years of enhanced development, the country has achieved economic growth, has moved to a gradual increase in income and life levels, but the environment and people’s health remained for a while without attention.

And now it’s time to fix it. China announced the beginning of the construction of an eco-city in the city of Liuzhou (Guangxi province in the south of the country). Designed “city-forest” by the famous architect Stefano Boeri, whose so-called forest skyscrapers are already adorned by Italian Milan and the Swiss Lausanne.

The concept of “green” houses is based on the ecological compatibility: the trees ensure the circulation of clean air inside the houses. However, the Forest City project is something more grandiose: an entire city-oasis in the country, which is one of the first in the world in terms of air pollution.

It is assumed that the eco-city will accommodate 30 thousand inhabitants. According to the infrastructure, it will not be different from the usual city: there will be residential buildings, office buildings, hotels, hospitals, schools – in a word, everything is the same as everywhere else. However, all buildings will use geothermal energy, and solar panels will be installed on the roofs of the houses. And green plantations will appear not only in the usual parks and squares, but also directly on the facades of buildings. 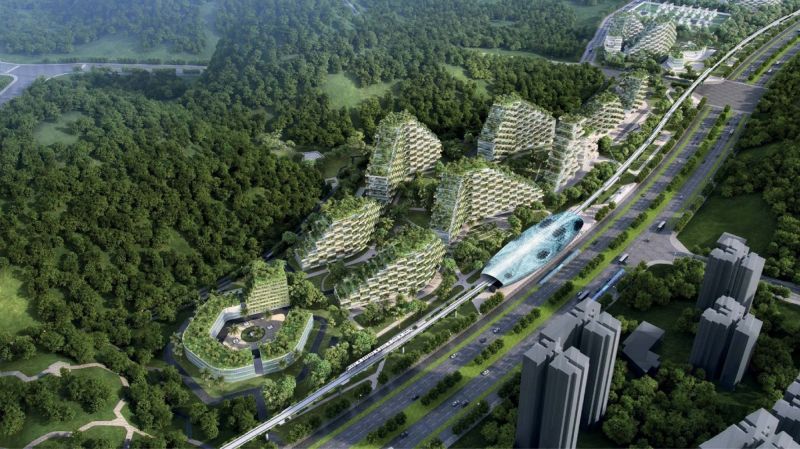 According to Boeri’s idea, there will be about 40 thousand trees in the Forest City and almost one million other plants of more than a hundred different species. Each year such an amount of greenery will absorb about 10 thousand tons of carbon dioxide and 57 tons of pollutants. In this case, the amount of oxygen that must be produced by the eco-city is estimated at 900 tons.

The area of ​​the eco-city will be 175 hectares, and from Liuzhou it will be connected by a high-speed railway line for electric vehicles. The main task of the eco-city is to reduce the average air temperature and improve its quality, as well as create an environment for various animals and maintain biodiversity in the region.

The project is scheduled to be completed in 2020, the press release says. 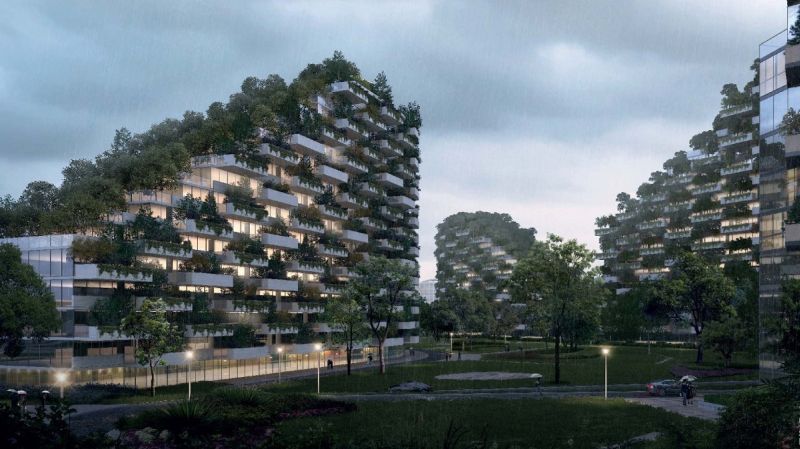 We add that the struggle for “green gold” is not only in China. So, the Japanese experts have developed technology for landscaping deserts, and Ecuador in 2015 broke the world record for forest restoration.