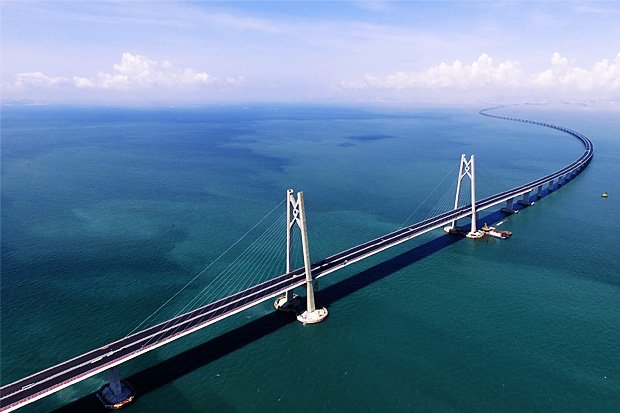 The length of the structure was 55 km. Construction of the bridge continued for seven years. The structure consists of six lanes. The bridge has four tunnels, the longest of which is 6.7 km. Four artificial islands were created for its construction.

The project cost was more than 14 billion euros. In addition to Chinese specialists, the project involved engineers from the UK, USA, Denmark, Switzerland, Japan, the Netherlands. Totally – 14 countries. It is assumed that 40 thousand cars will pass through the bridge every day.