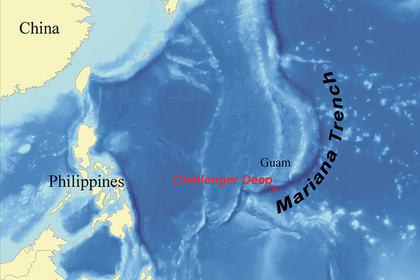 The Chinese inhabited deepwater bathyscaphe “Jiaolong” began its immersion in the “Challenger’s Abyss” – the deepest point of the Earth’s surface, located in the Mariana Trench.

The bathyscaphe will sink to the oceanic trough from the research vessel Xiangyanghun-09, which arrived in the area on Monday. The device will make a series of dives, the first of which – at a depth of 4800 meters – will last about nine hours.

During the mission, scientists will conduct surveys of the seabed, and collect samples of sea water, sedimentary rocks and living organisms. Experts will analyze the chemical composition of sediments and rocks to better understand the geological processes taking place in this region.

Dives “Jiaolong” will be held within the third stage of the 38th scientific ocean expedition of China, which started on February 6. During the previous stages, Chinese scientists conducted research in the South China Sea and the northwestern Indian Ocean.

“Jiaolong” has already dived into the Mariana Trench in 2012, then it sank to a depth of 7062 meters.