Chinese sails daily to work on a bamboo stick 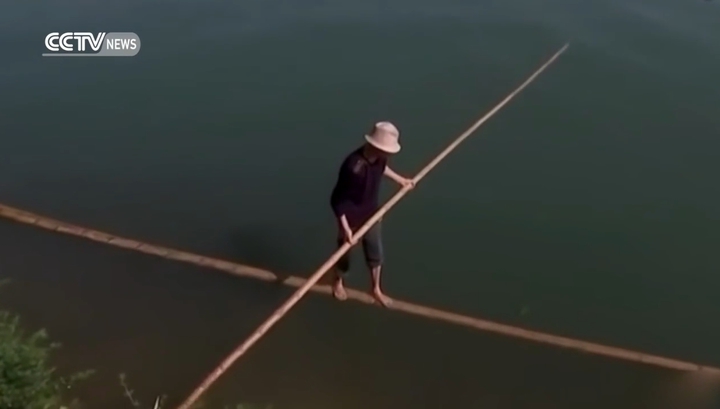 51-the summer inhabitant of the Chinese city of Hangzhou Fan Shuyun has found an original and very simple way to cross the river. Once he spotted sailing near the house is a large bamboo stick. Since then, the Chinese uses it as a vehicle to get to work.

In order not to fall from wobbly surface, Chinese uses a long pole. To learn how to manage their “bamboo ship”, the man took almost two years.

According to the Chinese, the minimum length of such a watercraft must be four meters, or balancing on a stick would be impossible. The speed of motion of a bamboo stick with him standing on a man reaches 0.3 kilometers per hour.

The viewers of the video compared the resident of Hangzhou with a Chinese monk of the V century, who, legend has it, swam the river, standing on a thin reed.