A group of scientists from China and Australia designed a robot based on liquid metal, inspired by the movie “Terminator 2: Judgment Day”. They hope that the development can be used for the benefit of mankind.

In a recent interview, professor of robotics from the University of Suzhou, Li Xiangpeng, spoke about his new development.

“We were inspired by the T-1000 from Terminator 2: Judgment Day,” said Xiangpeng in an interview with the South China Morning Post.

Fortunately, it was not the instinct of the robot-killer from the movie that prompted the scientist to create a liquid metal robot. On the contrary, he was interested in his ability to change shape. Despite the fact that his robot is still much inferior in its abilities to the one that James Cameron showed to the world, this is the first step towards creating advanced machines. 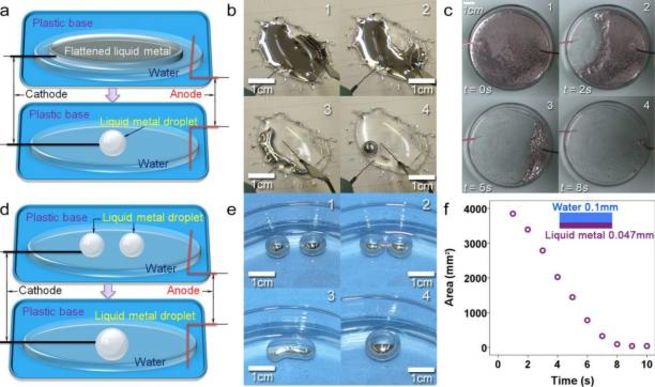 Xiangpeng and other researchers from China and Australia described the technology in detail in the article for Advanced Materials.

The robot consists of only three parts: a plastic wheel, a small lithium battery and drops of gallium-based liquid metal alloy. The voltage of the battery changes the center of gravity of the liquid metal, which contributes to the flow of the robot in one direction or the other.

The researchers believe that their development will serve as inspiration for other devices – just as the film at one time prompted them to create this little robot.

“We hope to further develop soft robots using liquid metal. They can be used in special missions like search and rescue of earthquake victims, since robots can change shape to penetrate under doors or crawl through spaces that a person cannot fit into, ”said researcher Tan Shiyan.