Chinese scientists have created liquid metal, as in the movie “Terminator 2” 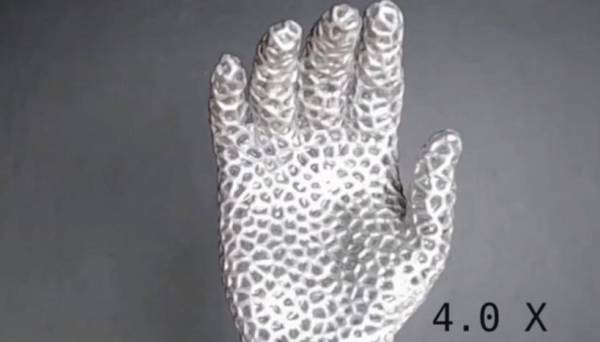 Chinese scientists have created liquid metal, as in the movie “Terminator 2”. According to the researchers, the metal mass can transform into anything. About this writes the magazine Additive Manufacturing.

A group of scientists from the University of Binghamton claims that they created the world’s first liquid metal lattice from Field metal – an alloy of bismuth, indium and tin. Its main property is that the metal becomes liquid already at a temperature of 62 ° C. For comparison: the melting point of iron is 1,538 ° C. Field’s metal is a rather expensive alloy; it is currently used only in high-tech industries, for example, in nuclear engineering.

Chinese scientist Pu Zhang, together with his staff, combined metal with a rubber sheath. This was done thanks to the hybrid production process, which uses 3D printing, vacuum casting and conformal coating.

“The shell frame controls overall shape and integrity. We spent more than six months developing this production process because this new material is very difficult to process, ”says Pu Zhang.

In addition, several prototypes have already been created that can restore shape after heating to the melting point. Of course, as in the movie “Terminator”, scientists have created a hand.

In the solid state, this metal is very durable and safe. In particular, it can lose shape upon impact, but returns it when heated. So, it can be reused as many times as you like. According to Pu Zhang, the liquid metal will interest the space industry. First of all, due to the fact that the liquid metal structure can be packaged in relatively small volumes. This technique can be used in outer space – for example, to make antennas for satellites from liquid metal, put into small boxes, and deploy them only after entering orbit.

Zhang in the article notes that Chinese scientists dream of creating a whole robot out of such metal. Doomsday scientist is not afraid.