Chinese scientists have traced the current spread of the plague 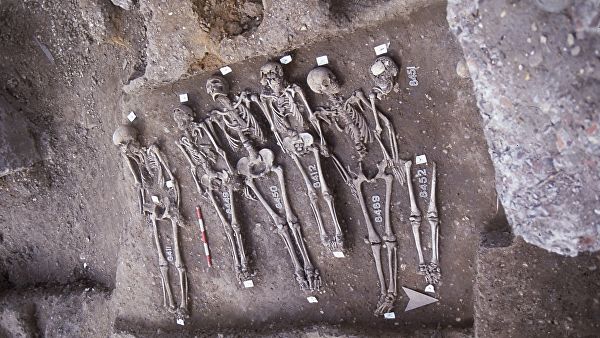 Biologists for the first time conducted a large-scale “census” of the modern plague bacillus and isolated two strains of this microbe, which spread noticeably faster than other heirs of the “black death”. They can cause new powerful epidemics in the tropics with a further increase in temperature, scientists write in the journal PNAS.

“We found that the plague spreads much faster in the sparsely populated corners of the planet. This was a big surprise for us and can be due to the fact that in the more civilized corners of the Earth plague and its distributors are fighting more actively, and also because peddlers are not rats and fleas, but people themselves, ”say genetics.

Humanity has experienced several large-scale epidemics with similar symptoms, which are described as “plague”. The first of these was the so-called Justinian plague, which broke out in Byzantium and in the Mediterranean in the middle of the 6th century and killed more than 100 million people. Another similar episode was the medieval “Black Death”, which destroyed about a third of Europeans in the middle of the 14th century.

In the past few years, geneticists have been able to extract the remains of the DNA of these bacteria from the bones of their victims and to prove that they were all caused by different but similar strains of the same bacterium, Yersinia pestis. In addition, genetics recently found out that the plague has accompanied the evolution of mankind throughout the entire period of its settlement in Europe and Asia in the last ten thousand years, periodically disappearing and appearing.

For this reason, as the researchers explain, scientists divide the history of the “relationship” of people and the plague into several eras, the so-called pandemics. The first of them began and ended in antiquity, the second – refers to the era of “black death”, and the third began in 1772 after the first major outbreak of “modern” plague in China and continues to this day.

All of these pandemics were allegedly caused by different strains of the plague bacillus, which are only distant relatives of each other and have developed different mechanisms for people to infect and spread between new carriers. Recently, these ideas were called into question after paleogenetics found traces of the medieval “black death” in the bones of the victims of the plague who died during the epidemic in Marseilles in 1722.

Similar considerations forced Lei Xu from the CAS Institute of Zoology in Beijing (China) and his colleagues to conduct the first kind of “census” of modern plague species discovered during various outbreaks of this disease in Africa, Southeast and South Asia history of observations.

Comparing the sets of small mutations in the DNA of these microbes, the scientists hoped to make a tree of their evolution, select the most dangerous of them, and understand how and with what speed the plague is now spreading. In addition, scientists tried to figure out which various new factors, such as global trade and climate change, affect the ability of the plague to seize new territories and infect new victims.

This analysis revealed several unexpected things. For example, scientists have found that two strains of the plague bacillus, 2.MED and 1.ORI3, spread several times faster than other varieties of Yersinia pestis. This suggests that they have developed some new mechanisms of infection and transmission to new victims, which help them to quickly “develop” new territories.

What is the reason for this, scientists do not yet know, but they suggest that changes in climate and weather can affect how often fleas bite rats, what happens to the microbes inside them, and how often they penetrate insects into the bodies of humans and other rodents. . Rain, in turn, can accelerate the growth of plants that feed rats, and contribute to the growth of their numbers.

As scientists hope, the study of all these unusual features of the modern plague will help WHO and doctors from countries where Yersinia pestis is present, better fight the spread of this microbe and prevent the emergence of a new major epidemic, given that all climatic and demographic factors will contribute to the accelerated spread of plague in the coming years.