Cities of the future is already a reality 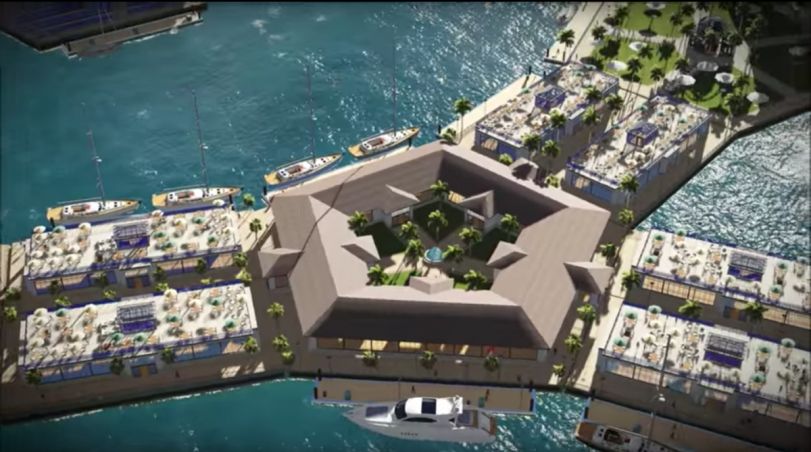 Science fiction writers in the 30-ies of the last century dreamed of a future human life in unusual environments. Alexander Belyaev in his novel “sea farmers” with remarkable accuracy predicted the possibility of life on the ocean floor – in a dream house were bedrooms, and the kitchen and dining area, and a transition compartment to wear diving suits for underwater work on the farm. And residential colonies on Mars and the moon so popular in science fiction, what is already perceived rather as a reality and not fiction. And here fantasies come true. No one is surprised incredible city in Singapore, built on artificial Islands, one hundred thousandth the city in a closed ecological environment, raised in the suburbs of Tokyo.

Helsinki is the first of its kind implemented the project “Open Ohio,” which allows residents to have open access to the city’s legislative system, and thus to follow the decisions of the authorities in real time, and also to participate and influence urban processes, including through a mobile application. Brazil brought the standards for effective and sustainable development of the transport arteries and ecological consciousness, and Korea with his unceasing concern for the environment has built a huge eco-parks on the reclaimed urban space of landfills, but today it has started construction of architectural structures that blend seamlessly with the surrounding landscape into a unified whole.

Undoubtedly, the imagination of modern architects and city planners is not limited, and modern technology allows to realize the most daring fantasies. And why not, after all, the implementation of the most utopian of dreams allows us to obtain new and unusual methods of urban planning of the future already in the present.

This is the fifth year the Institute Silaging develops and is very close to the project Artisanolopolis — namely so will be called the first independent floating city. Energy only from the sun and water, a greenhouse for self-sufficiency in organic vegetables and fruit, fresh water from the desalination plant – in short, full independence in the livelihood. Special structural protection from the sea storms will ensure the sustainability of the city on the water, and the lack of civic amenities to the jurisdiction of any country means that Artisanolopolis is in fact a unique social, political and urban planning experiment.

According to the preliminary agreement between the government of French Polynesia and the Institute of Sustaining the construction of a floating island for millionaires to begin in 2019 and if all goes according to plan, in the first voyage he was poisoned by settlers as early as 2020. 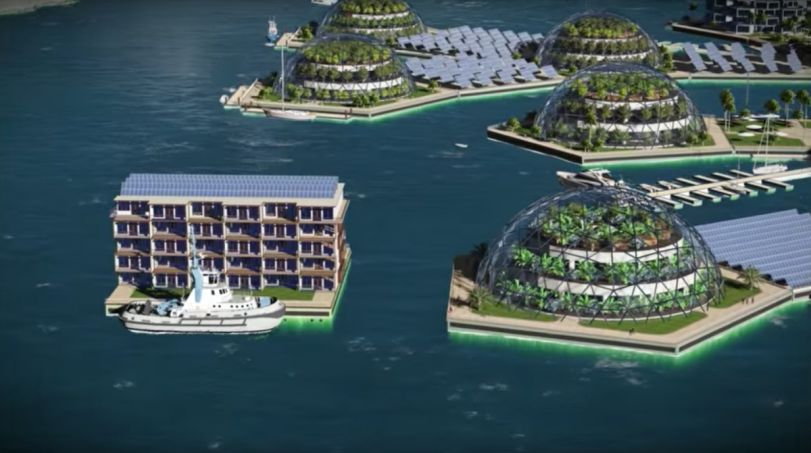 “Red planet” attracts the eyes of Earthmen for centuries. Hundreds of years looked at her and studied through telescopes. In the 20th century, several robotic spacecraft landed on its surface and with their help, confirmed the assumption about the huge reserves of minerals. Mars has seriously been regarded not only as a source of natural wealth, but also as a “backup” planet for the relocation of the earthlings in case of disasters on our planet. And since the Earth is threatened by overpopulation in the foreseeable future, the scientific, engineering and architectural search in this direction every year becoming more resistant.

The possibility of building a habitable colony on Mars has fascinated so many talented enthusiasts that last year NASA received more than 165 projects in the framework of the announced competition.

Project Lava Hive, the same team proposed, suggests to use to create the skeleton of the dwelling for astronauts the case of the spacecraft, and the use of additional inflatable modules and local soil (regolith) will provide the opportunity to live not only on the surface of Mars, but also under it. 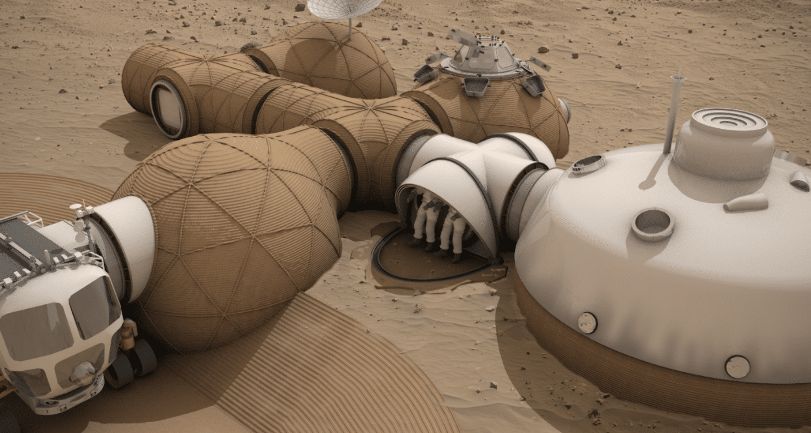 Meanwhile, team Gamma have created your project modular homes, constructed with the help of specially programmed semi-robots-collecting regolith from which, in fact, intended to create an outer, protective shell of the case before the arrival of the astronauts.

The designers themselves comment on their concept as follows: “the Compact design of the habitat modules with a total area of 93 square meters combines spatial efficiency with human physiology and psychology personal space. Common areas and living quarters decorated with nizkobonitetnyh magnetic materials and recreated home decor will contribute to mitigate the adverse effect of uniformity and monotony, creating the familiar living environment for astronauts.” 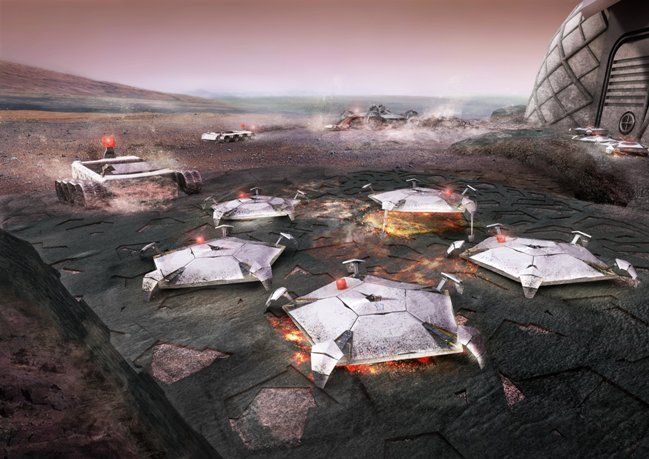 The offer from the winner team, Mars Ice House is a large inflatable dome-shaped capsule, covered outside with several thick layers of ice with the use of cutting-edge technology of 3D-printing and a thin layer of regolith is a combination will protect the pioneers from the harmful solar and cosmic radiation.

The development surrounding us, now uninhabitable environments and worlds today, when the creative and technical surveys involved the best minds and modern technology, does not seem an impossible fantasy.

While NASA is making every effort to find out how we can ensure human survival on other planets, another group eager to go into the depths of the oceans.

Japanese architectural and engineering firm Shimizu is considering the possibility of building a fully smoocheroo, environmentally friendly underwater city. They argue that we have yet to appreciate the benefits of living in the deep sea of the Earth, which are fraught with a huge potential to ensure comfortable living and efficient use of the wealth of underwater biosphere

Underwater city Ocean Spiral – a Grand building that requires enormous investments — approximately 26 billion dollars. That’s how much is estimated the creation of spherical structures with a diameter of five hundred meters below sea level, within which are located the premises for business, residential and commercial areas. This massive “house” is secured to the ocean bottom using a giant spiral anchor with a length of fifteen kilometers. The main objective of this wonderful city will be the development and extraction of minerals from the sea bottom, combining industrial super-technology and maximum comfort for residents. 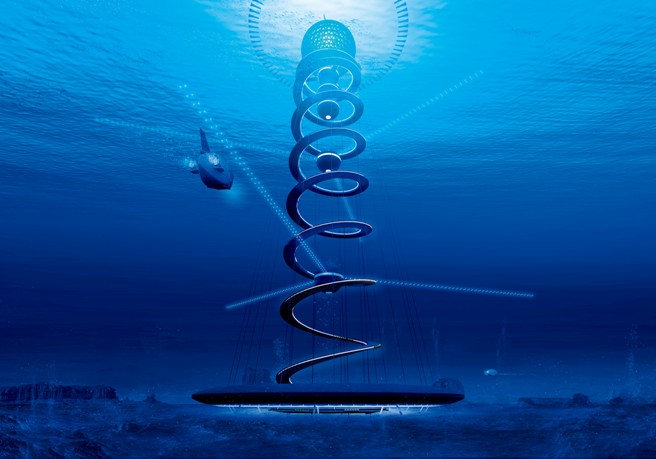 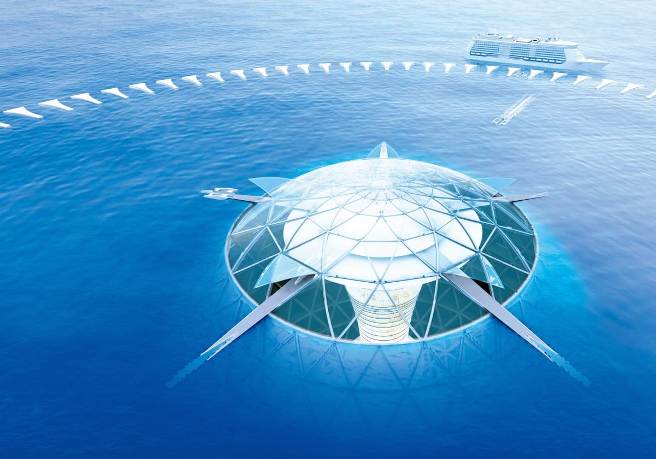 But for life on Earth used far more. The company OAS1S offers his vision of the house of the future in which you could enjoy the lush greenery of the forest without leaving the city.

Eco-friendly green homes combine modern architecture and the harmony of nature. The peculiarity of these houses is not only that they look like trees, but also function as a living organism. Being energy self-sufficient, they accumulate solar energy and water, saturate the air with oxygen, and give people shelter and food. The buildings are made from recycled wood, walls are equipped with high-quality insulation made from organic materials, French Windows with triple glazing ensures acoustic and thermal insulation, but the magnificent gardens covering the facade of the building is pleasing to the eyes of Dewoitine.

Pilot projects of these “living trees” is planned to be built in accuracty canadian areas of Ontario to practice to confirm their effectiveness, and then massively distribute them to other areas. 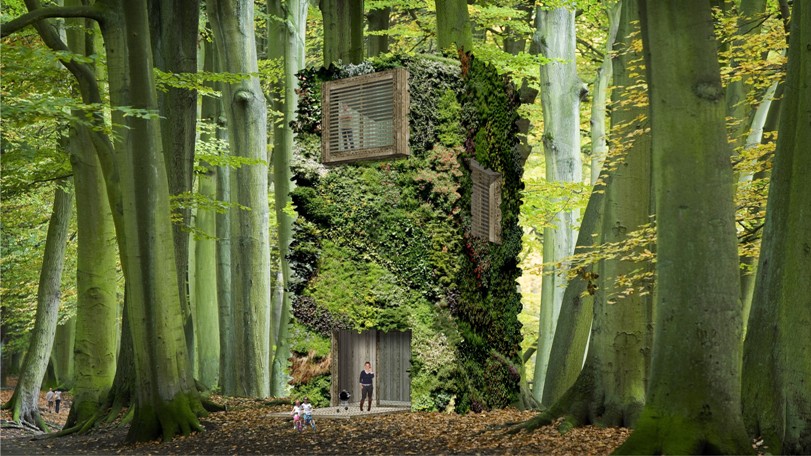