Climate change caused the koal to fall in love with water 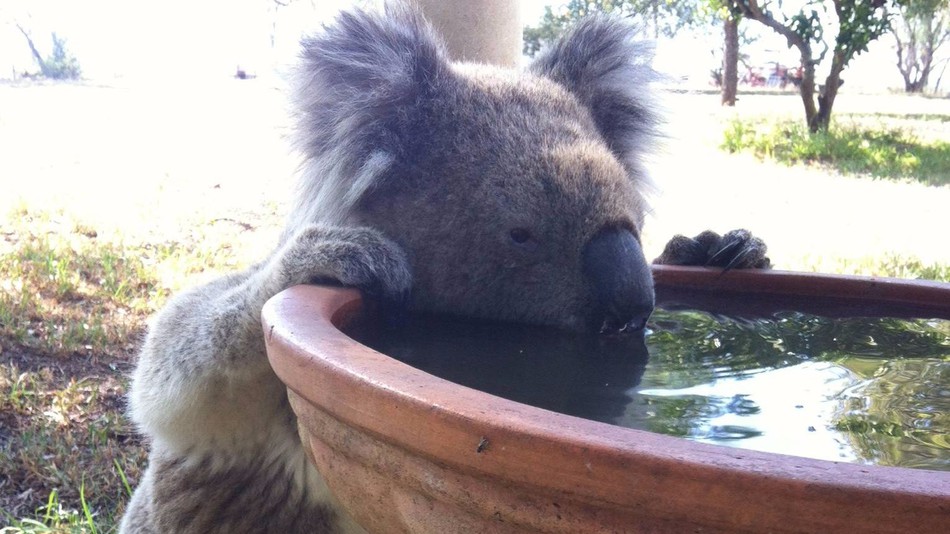 Life koalas like a dream – lovely marsupials eat all day and sleep. When koalas are awake, they eat leaves – their main food source. And a funny fact: koalas do not drink water. At least in standard conditions.

But because of climate change, our marsupials are forced to drink more water than ever before. Leaflets, which koalas love so much, just dry up.

This phenomenon led scientists from Sydney University (Australia) to conduct a long-term study of the effect of water on the population of koalas. The researchers even established special “drinking stations” only for koalas.

“More and more hot and dry weather conditions mean more droughts and heat waves that affect the range of habitat of koalas,” says researcher Valentina Mella. “It is believed that koalas are particularly vulnerable to climate change, because they rely solely on trees – not only for sleep, but also for food.”

Koalas are particularly thirsty in Hanneda, the self-proclaimed world capital of koalas, where their population declined by 25% during the heat wave in 2009.
During the study, the Gunneda koalis were observed with the help of hidden surveillance cameras. Marsupials drank from artificial stations day and night, spending at the water source up to 10 minutes even in winter.

Koalas are a species that is threatened with extinction due to loss of habitat, diseases, dog attacks and collisions with vehicles.

The study disproved the popular idea that koalam do not need water. The results show that the marsupials live better when they are offered additional water. An early study showed that koals often discard leaves with a water content of less than 55-65%.

“This is an excellent example of how understanding animal behavior can be applied to solving urgent problems,” Mella says. “We hope to use our results to competently manage the landscape of Australia to preserve the legendary species.”