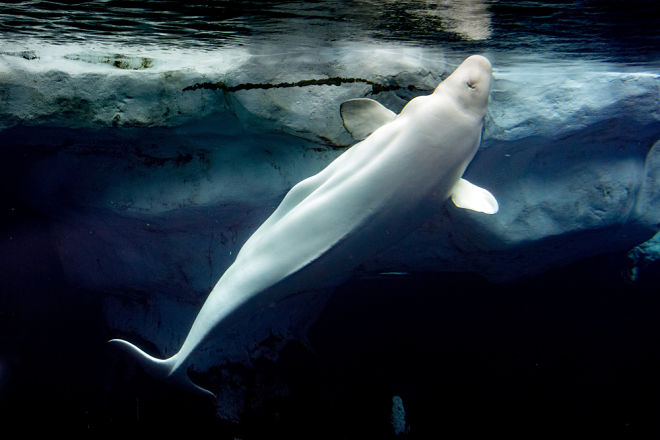 When the sea ice melts in the summer, the beluga whales that live in the Bering Sea in winter are sent to the north. During this period, they need to eat well, but climate change can affect their eating behavior.

Due to the increased loss of sea ice and changes in the habits of production, the belugas dive deeper and longer. Scientists from the University of Washington came to this conclusion, following two populations of belugas from July to October, two long periods – from 1993 to 2002. and from 2004 to 2012.

From 2007 to 2012 the team noticed that whale dives had become much longer and deeper. In previous years, a 20-minute or longer dive took place only once a day, later began to occur up to three times a day. The depths to which beluga whales dived also increased over time.

The study does not report whether the changes are helping the beluga whales or harming them, but scientists suggest that changes in the ocean due to Arctic warming increase the chances of finding prey, and that more production is hiding deeper.

In general, the majestic creatures felt good during both periods. They returned to the same areas, even if they were covered with less ice. Beluga whales can be animals that can survive in major environmental changes caused by climate change.