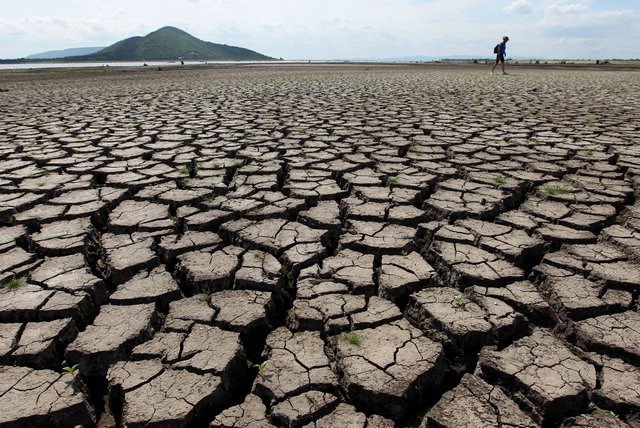 “Until recently, they did not follow this issue, the situation is changing and changing very quickly,” he added.

The risks of global warming range from damage to physical assets from extreme weather conditions to falling prices for fossil fuel assets, as the world gradually abandons the burning of coal and oil.

The largest investors are beginning to realize both threats and opportunities arising from problems related to the climate, Samama said.

In addition, the attitude of investors is influenced by the availability of “green” financial instruments.

Under the management of Amundi are assets at € 1.4 trillion. The company manages the world’s largest fund of “green” bonds with the International Finance Corporation, a member of the World Bank Group.

The head of the Bank of England, Mark Carney, has repeatedly warned that the risks of climate change are not adequately assessed and that investors can face the “climatic moment of Minsk” if they do not take any action. “The moment of Minsk” is called a sudden collapse in asset prices after a long period of growth. The theory is named after economist Hyman Minsky.

In 2015 representatives of almost 200 countries adopted the Paris Agreement. It was intended to keep the growth of the average temperature on the planet “much lower” 2 ° C and “make an effort” to limit the temperature rise of 1.5 ° C compared to the pre-industrial level.

The agreement set the framework for countries to use clean energy and phase out fossil fuels. Each country presented a climate action plan that outlines ways to achieve these goals.

As reported by “Vesti.Ekonomika”, last year, US President Donald Trump announced his intention to withdraw from the agreement.

The World Economic Forum (WEF) in its Global Risk Report identified several major risks for 2018, including environmental threats from extreme weather and temperature.

Environmental issues topped the list of the most likely threats in the report. Extreme weather events are seen as the most significant risk after a year of unusually frequent Atlantic storms.