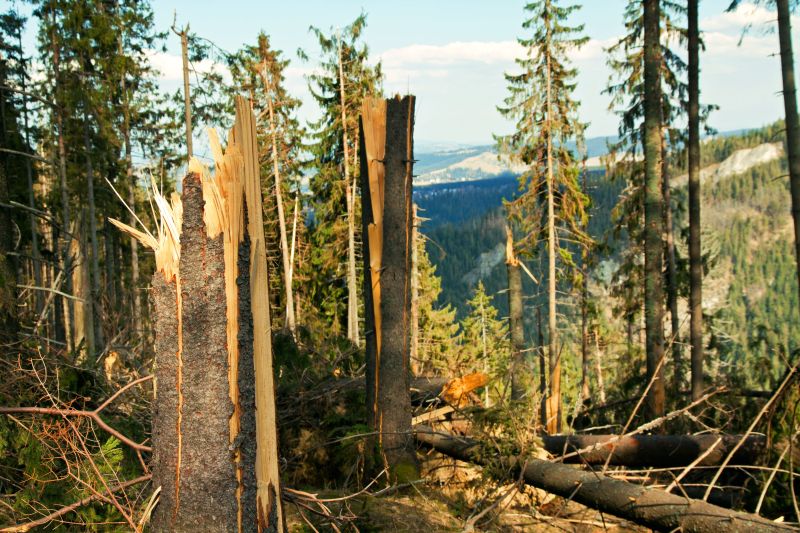 As the warming on the planet strengthens, the vegetative season lengthens – and in some regions the plants have received an entire additional week a year, when they can continue normal growth. However, high temperatures and anthropogenic pollution neutralize this effect: the resulting tissues are fragile, making the trees fragile and reducing the quality of the wood produced. Hans Pretzsch and his colleagues from the Technical University of Munich came to such conclusions, the article of which is published by the journal Forest Ecology and Management.

In fact, in one of his previous works, Hans Pretzsch found that against a background of a noticeable increase in average temperature, the growth rates of spruce and beech in Central Europe increased by an impressive 77 percent per year over the last century. This would be good: the increased productivity of trees means more carbon dioxide associated with the atmosphere, and greater amounts of resources available for human use. Unfortunately, in the new work of Pretzsch it is shown that this is not so.

The authors of the study relied on the monitoring data of 41 sites in the forests in southern Germany, some of which have been collected since 1870. They also collected and analyzed samples of local fir (Picea abies), oaks (Quercus petraea), beech (Fagus sylvatica) and pine (Pinus sylvestris). It was found that for all four species the density of wood fell by 8-12 percent compared to 1870. Part of this effect is related to the accelerated growth itself. However, to a greater extent, it can be caused by the action of nitrogen-containing contaminants entering the air with the exhaust of cars, and in water and soil – in the form of agricultural fertilizers.

According to scientists, the specific carbon content of such a weakened wood is half as much as it was at the end of the 19th century, which reduces the efficiency of atmospheric carbon dioxide binding. Nevertheless, the authors consider the process as a whole positive, albeit in a weakened form, but the trees grow more actively, and the forests begin to spread faster, which can at least slightly weaken the negative impact on the human biosphere.