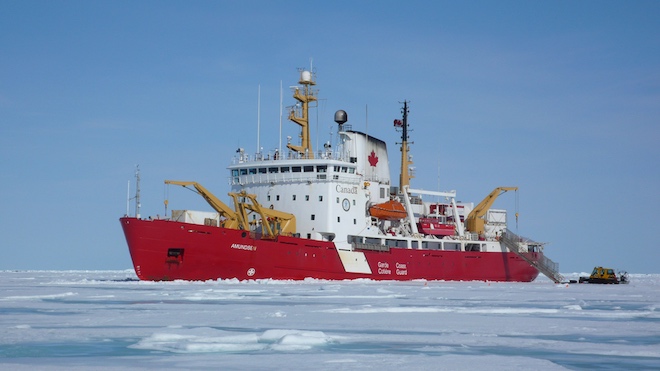 A team of scientists from the University of Manitoba and four other universities was in the midst of the first phase of a 4-year study of how climate change affects the area around the Hudson Bay, the university said in a statement. The study called BaySys began in April 2018, when scientists set sail on the Amundsen research icebreaker of the Canadian Coast Guard.

Because of the rising temperature in the Arctic, dangerous blocks of ice reach the territories to the south than usual. “Amundsen” because of his icebreaking abilities was constantly forced to go to rescue in the rescue operations along the northern coast of Newfoundland. As a result, the study had to be canceled.

“Given the difficult ice conditions and the increased demand for search and rescue operations and ice escorts, we decided to cancel BaySys operation,” said Dr. David Barben, chief scientist of the BaySys expedition. “The second week of delay meant that the purpose of our research was simply impossible to achieve without being exposed to danger.”

Barber and his team confirmed that most of the ice that they saw near the coast of Newfoundland was indeed from the Arctic.