Climate change will be followed by birds singing 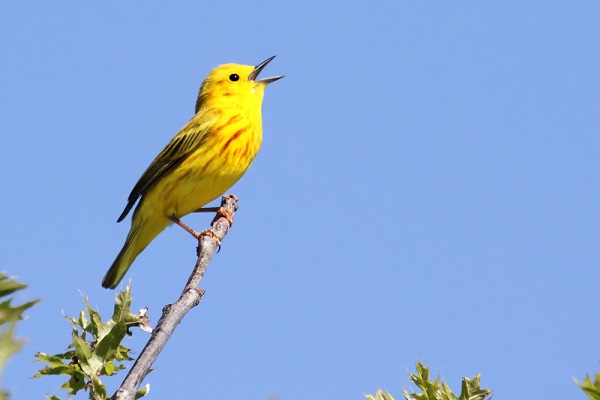 Climate change can disrupt the correspondence of bird migration, reproduction and the change of seasons. The behavior of birds, during the mating season, is strongly associated with their singing, so it can visually show similar changes. The article with the results of the research was published in The Condor: Ornithological Applications.

As a material for the study, scientists used recordings of bird sounds collected by automatic stations in the Klamath Range and the southern part of the Cascade Mountains from 2009 to 2011. As a result, it was possible to collect full-fledged information about birds that inhabit the area of ​​40 thousand square meters. km in the northern part of California, as well as to provide exact dates for peak sound activity of 8 species.

The results indicate that such work is well suited for tracking the shifting of song activity. For species, the period of active singing is short, the shifts have been noticeable already now. Now, such birds sing later than others, which, according to the hypothesis of ornithologists, is due to the fact that they are less able to adapt to changing conditions. For some species, this bias was 5 to 12 days.

One of the authors of the work, a specialist at the University of William Jessup, Michael McGrann noted: “Climate change negatively affects the songbird populations and their habits during the breeding season in mountain ecosystems. If birds can not adjust their habits to climate change, then there is an inconsistency between the appearance of the offspring and the season with the most food. Our approach should provide an opportunity to track such shifts over the coming decades. “