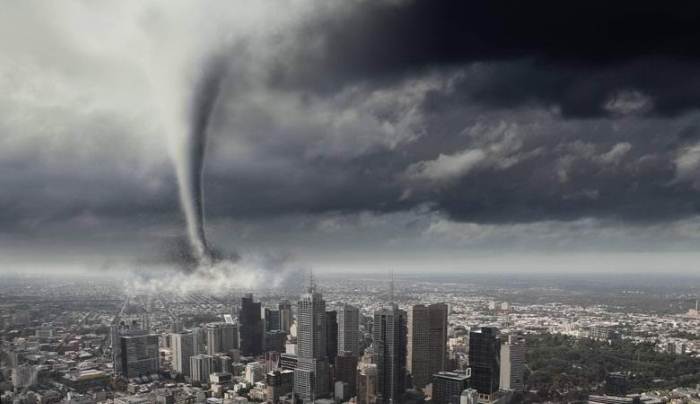 Slowly, but surely, the huge, monumental armies of the last century, capable of capturing half of the continent at once, with a huge arsenal of various firearms, artillery and even nuclear weapons are a thing of the past. All this remained there, in the bloodiest century already gone from us in the history of mankind. Today, people have already entered a new technotronic era, an era of hybrid influences and “soft”, but no less brutal forces.

The climate of the Earth at the moment is poorly predictable, unstable and dangerous, as evidenced by recent events in Moscow. Is this a simple global warming caused by human industrial activity?

Is it possible that these changes are intentional and climatic weapons – are not hypothetical gloomy installations in the tundra of Siberia or the forests of Alaska in the best traditions of anti-utopian novels, but really existing and functioning systems? The answer, as usual, is simple and complex at the same time.

It is important to immediately draw a line of delineation between conditionally “skeptics” and “sure”: climate control is indeed possible, and the development of climate weapons was completely conducted in the twentieth century and is likely to continue to this day. In support of the fact that such weapons did exist and were developed by the leading powers of the time, at least the fact that in 1978 an official convention was adopted to ban the state influence on the climate. The then world leaders of the USSR and the United States signed the treaty. Since then, there have been no proven cases of military use of climate weapons, but accusations of the involvement of certain forces in natural disasters continue.

An important fact: climate control, influence on it for various purposes is a reality. Obviously, reality is well hidden, it is possible that reality is not very pleasant, but it does not cease to exist from this less real. This is due to two important factors. First, people have always tried to keep everything under control and it is unlikely that modern mankind would like to depend on unpredictable weather. And secondly, sadly, the climate is also a weapon.

It should, however, be very sober to assess a person’s ability to manage so much energy as weather phenomena. So, for example, in one day an average hurricane allocates a quantity of thermal energy, equivalent to that produced by all power plants in the world for 200 days. And the energy of a strong hurricane can be from 50 to 200 million megawatts. It is logical that simply to oppose brute force to such phenomena is impossible. Rather, it is necessary to consider directed point actions that can trigger a chain reaction of change.

To date, climate control systems are being developed in a number of countries, primarily in the United States of America. Scientists from all over the world, who understand the so-called geoengineering, offer the following developments aimed at changing the earth’s climate to combat global warming or other purposes:

– Installation of reflecting mirrors in orbit in order to reflect or concentrate sunlight at given points of the planet. This is almost an ideal project, but its implementation requires enormous resources.

– Spraying of sulfur in the earth’s atmosphere. This, in fact, the same item is the first, but cheaper. Sulfur is an excellent screen that will reflect the excess of sunlight. However, because of the obvious harm to the environment, this option is not the most popular today.

– Increase the ability of the earth’s surface to reflect excess solar currents from the surface of the Earth. The proposals in this plane are the legion, in particular, the glazing of special insulating covers, the coloring of rocks in white, the sand masses in deserts, the roofs of houses, as well as the genetic modification of woody plants (trees with foliage reflecting light) and much more.

– Stimulation of the growth and reproduction of unicellular algae in the world’s oceans, which should contribute to the intensive absorption of CO2 from the Earth’s atmosphere. It is also possible to artificially obtain a number of species of unicellular algae. This method is associated with a radical restructuring of the ecosystems of the world’s oceans, so its application in practice is unlikely today.

This is only a short list of the main and far from the most fantastic ideas of scientists from around the world aimed at climate change. Needless to say, not all of them are feasible, but a number of provisions are already being developed. Of course, all data on such projects are classified and hardly any official documents can be found in the public domain.

As for the issues of the existence and functioning of directly related weapons, here everything is not so unambiguous. It is quite obvious that such weapons existed before. This is indicated by indirect facts and a number of revelations of former secret service employees, as well as quite official documents and conventions on the non-proliferation of climate weapons signed by the representatives of the Soviet Union and the United States of America.

However, it is one thing to forbid and to promise not to do it with honest eyes, but another – to really adhere to the obligations undertaken. All the countries of the world agreed that they will not produce new nuclear weapons, but Iran and North Korea, despite sanctions, continue to develop it. Earlier, Israel and Pakistan acquired similar nuclear bombs from the connivance of the United States. Today, there are talks that even terrorists of the “Islamic state” banned in Russia are developing their atomic bomb. So, is it possible at all to believe in any international treaties, especially when it concerns weapons issues? The answer, unfortunately, is obvious: hardly.

In a number of states today, there are specialized facilities that officially study climate. First of all, this is the well-known American HAARP, playing the role of such a “Zone 51” in conspiracy theories (specially launched by the US government “dummy” to distract attention from serious projects).

However, few people know that in the US there are similar and really hidden from the public attention base: the Puerto Rican Telescope Arecibo and the HIPAS Observatory in Alaska. On the territory of Europe, it is reliably known about the functioning of two complexes of the same class: EISCAT in Norway and SPEAR on the island of Spitsbergen.

By the way, several such stations exist today in the Russian Federation, and one – “URAN-1”, now abandoned, but still for some reason guarded by the military, is located in Ukraine, a few kilometers from Kharkov. It should be noted that this is only public data on such stations, which are officially engaged only in peaceful study of the atmosphere. However, how true is this?

It must be understood that real weather correction systems today either already exist, or are actively being developed. In the USA, dispersal and clouding are regularly carried out. One of the richest people in the world – Bill Gates – will allocate hundreds of millions of US dollars for projects to neutralize hurricanes and tsunamis. In the UAE, like the shamans of antiquity, they really know how to cause rain on the earth that wails from the heat. In the PRC, before the next Olympics, the government reported that it uses weather regulators to provide the most comfortable weather conditions. And former Iranian leader Mahmoud Ahmadinejad not once directly blamed the US and the EU for the fact that they caused an unprecedented drought in the region with the help of climate systems.

The cold summer this year in Russia can also play into the hands of those countries that have suffered losses from food unsanctions. Weather conditions in our country now clearly do not contribute to a high yield, and whether it will affect the easing of measures aimed at protecting our agricultural sector from imports, has yet to be assessed.

Climate control systems today are an objective reality. Another thing – how to use them. It is time for mankind to think about why everything, even peaceful developments, it constantly uses for military purposes. We all live on the same planet and climate problems threaten each of us. So is not the common welfare more important than the enmity of individual states? This issue, however, should be addressed to world leaders, not ordinary citizens of the Earth.