Climatologists climbed into the Devil’s Pit 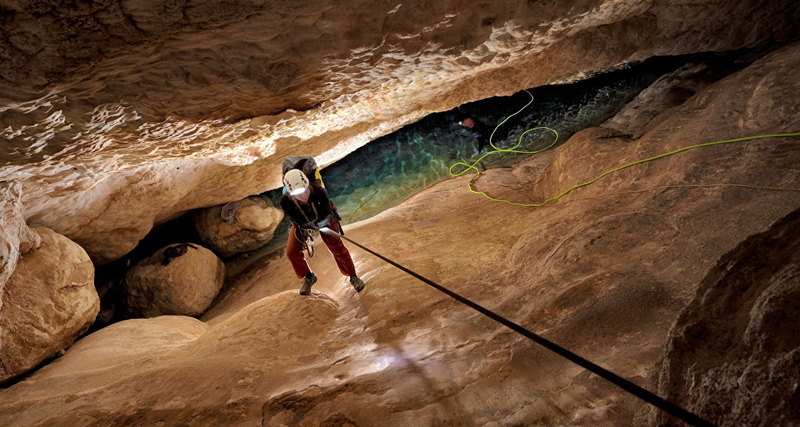 Devil’s Hole (Devils hole) is a karst cave, partially filled with water. The entrance to it has dimensions of approximately 5×1 meter. The flooded part today begins 30 meters from the surface. Its depth is exactly unknown. It is located on the border of California and Nevada.

The shamans of the local Indian tribes assure that an evil spirit lives in the Pit, which comes to the surface at night and checks if it is impossible to offend a sleeping traveler nearby. Well, of course, to visit the spirit is a bad idea. Will eat

Austrian scientists were not afraid of the spirit and studied the deposits on the walls of the cave. They are layered, and the thickness of each layer depends on the availability of water at a given depth during the season. It turns out something like tree rings. 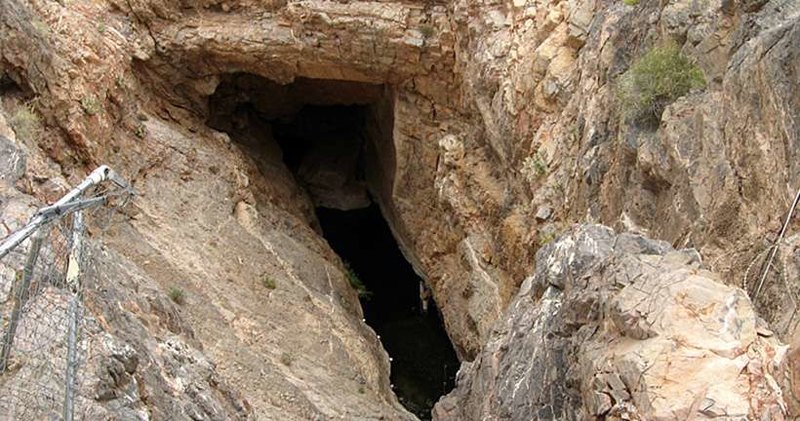 Entrance to the Pit

Scientists have managed to find deposits of 350 thousand years. According to them, the hydrogeological history of the cave is read with a bang.

It turned out that the level of groundwater in the Death Valley in the past was very changeable. His fluctuations were tens of meters. It turned out that the modern Death Valley is noticeably friendlier for flora and fauna than in the distant and even recent past, approximately 20, 140, 220 and 350 thousand years ago, when the groundwater level was 8–10 meters lower than the modern one decreases again and it happens pretty quickly. 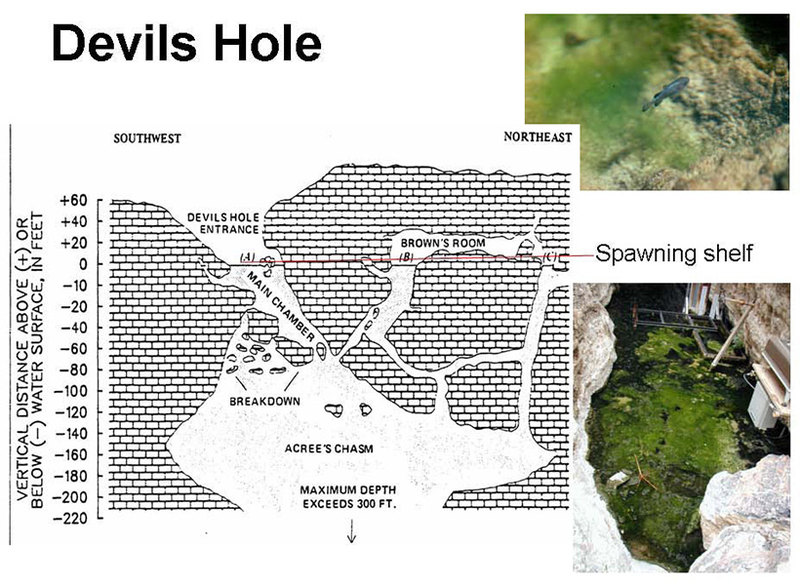 “We have shown that the level of precipitation in the Death Valley and throughout the southwest United States is very dependent on the activity of storms in the Pacific Ocean. This makes this region extremely vulnerable and sensitive to climate change. Current forecasts indicate that the storm will shift to the north, which will sharply reduce precipitation in the future, ”says Kathleen Wendt from the University of Innsbruck (Austria).

Scientists believe that climate change can lead to numerous local consequences, such as heat or cold, occurring at a time that is not familiar to people. A typical example is the heat in European Russia in the summer of 2010.

Warming threatens with many other disasters, such as rising sea levels and plant growth in the arctic tundra. Well, of course, an evil spirit will emerge from the depths of the “Pit” and eat us all.