Cloud castle in the sky above the Bahamas 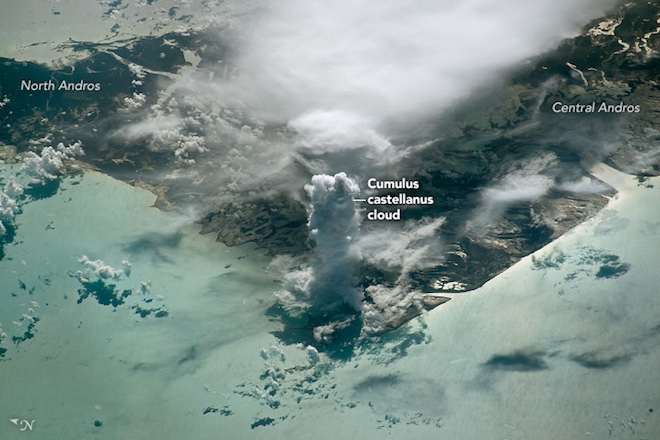 The astronaut aboard the International Space Station captured a massive vertical cloud formation over the Bahamian island of Andros, which is known in meteorology as cumulus castellanus, or cumulus bastard clouds.

These towering columnar clouds refer to the genus of cumulonimbus clouds (cumulonimbus). The name of the cloud – castellanus – comes from the word castle, meaning “castle”, as outwardly they resemble the crenellated towers of medieval castles.

The WMO International Cloud Atlas classifies clouds of this type as altocumulus castellanus or stratocumulus castellanus, depending on the height of the underlying cloud from which they develop. As a rule, these clouds are formed due to the strong vertical movement of air, usually associated with thunderstorms.