CO2 proposed to be injected into the underground storage 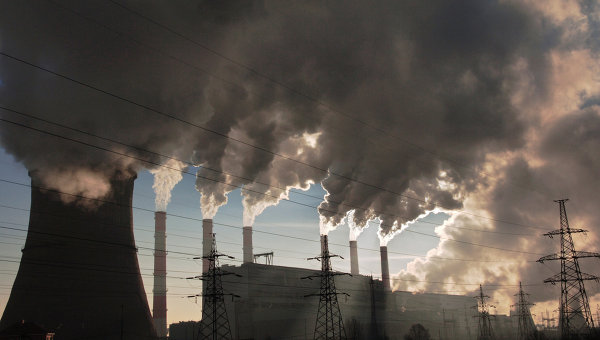 Observing the behavior of carbon dioxide in natural underground reservoirs has shown that CO2 can be stored in them for at least 100 thousand years, making them a safe place to store “extra” greenhouse gases from the atmosphere, state physics in an article published in the journal Nature Communications.

“The release of CO2 from the atmosphere and accumulation in other environments is necessary in order to Britain and other countries could reach the straps to reduce emissions that were installed in Paris last year. We were not sure how the carbon dioxide re-injection into the ground that prevented serious discussion of this possibility. Our study showed that this method of storing CO2 in a safe for many hundreds of thousands of years,” said Michael Bickle (Michael Bickle) from the University of Cambridge.

In recent years, a number of experts in the governments of industrialized States talking about the possibility of “storage” of carbon dioxide emissions in underground vaults. In their opinion, such measure will allow to reduce the rate of climate change, and thus will not require the transition to expensive and not effective renewable energy.

Discussion of the possibility of such combat global warming have intensified after the signing of the Paris climate agreements and the publication of new projections of climate scientists, according to which humanity will not be able to keep global warming at around 1.5 degrees Celsius, which is considered critical, even with full compliance by all countries of their obligations.

It tells Bickle, development of technologies for CO2 injection in underground reservoirs is hampered by the fact that many of his colleagues fear that the filling of underground voids with carbon dioxide under high pressure may lead to cracks in the rocks and the gradual return of CO2 back into the atmosphere, which virtually nullify the effect of such measures.

Bickle and his colleagues came to the conclusion that such fears were groundless, studying natural CO2 reservoirs, recently discovered in the territory of Utah in the United States. Local underground “bubbles” of carbon dioxide, as scientists have found, formed over 100 thousand years ago, and they remained sealed to the present time.

According to them, the sandstones and other “impermeable” rocks, underlying the walls of such reservoirs, has proved unusually resistant to the action of a solution of carbonic acid and CO2 in the gaseous state, and therefore should not fear that the condensation of water in such containers will lead to the destruction of their walls and formation of pores, through which greenhouse gases will seep back into the atmosphere.

In particular, for 100 thousand years of wall of natural reservoirs in Utah have decreased by only seven inches with a thickness of several meters, which suggests that CO2 can be stored in such underground storage of almost an unlimited amount of time. For this reason, scientists offer directly to pump emissions from factories and thermal power plants directly into the ground, not throw them into the atmosphere and then “catch” them.

Fucking criminals, storing CO2 underground means storing away the oxygen we breathe, IDIOTS!!! You can’t possibly think of storing away the CO2 while burning away more carbon and generating more CO2, then taking more oxygen (through CO2) and storing it away!