Coffee could disappear by 2080 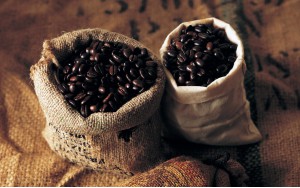 In a report published by the Australian Institute for climate, contains a frightening prediction: due to global warming, the world may lose a favorite drink.

Still big problems with the growing of the coffee beans because of the climate experienced only one country — the world leader in coffee exports, Brazil. Several years of drought have severely affected the Brazilian coffee, but not on world production: rescued an unusually high yields in other regions, particularly in Honduras.

And that’s the Honduran coffee, according to forecasts of Australian climate scientists, is under threat. According to the report, by 2050, half of all land now used for coffee cultivation, suitable for growing quality coffee because of its two-year drought. Even after 30 years, increasing the average temperature of the Earth could completely destroy coffee as a culture, warns the report.

The report says the following decades, but the lack of coffee already begins to affect the quality of the drinks in the coffee Cup of consumers. The Brazilian drought has forced prices for raw materials grow, and now budget a couple of years ago varieties are sold at higher prices or intentionally issued for a more sophisticated and expensive.