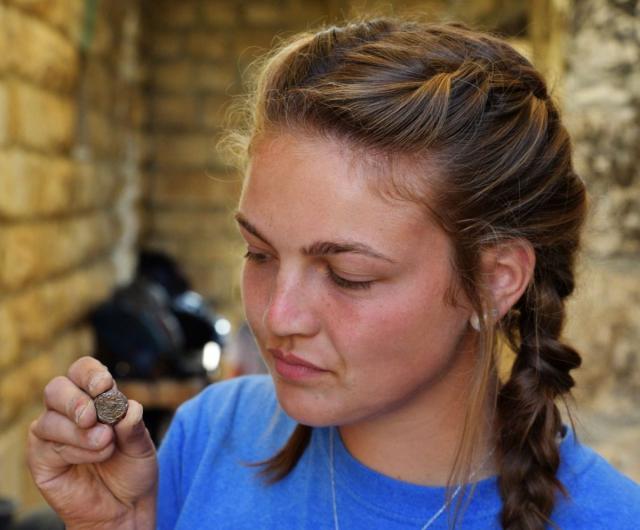 The treasure of bronze coins of the times of the Jewish uprising against the Romans was discovered by archaeologists in the area of ​​the hill of the Ophill near the Temple Mount in Jerusalem. Coins were hidden in a fairly large cave measuring 7 by 14 meters. It was used by Jews as a refuge in the 66s and 70s. AD

Bronze coins with a diameter of 1.5 cm are well preserved, since they were used for a short time.

Although some coins date from the beginning of the uprising, most of them were made in the 69-70’s. If on the first coins there was an inscription “For the liberation of Zion”, later on it is already said about “the salvation of Zion”. According to scientists, this is due to a change in the mood of the rebels, who faced fear and hunger. 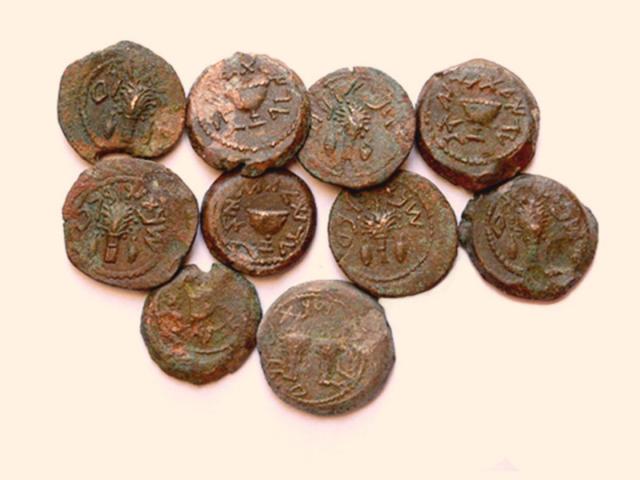 In addition to the Hebrew inscription on coins, it is possible to distinguish symbols traditional for Jews, for example, the four plants mentioned in the Bible: palm, myrtle, lemon and willow.

In addition to the coins, many broken vessels were found, including jars and pots.

It’s amazing how the cave was not accidentally discovered by local residents of Jerusalem for almost 2 thousand years after the destruction of the Second Temple, archaeologists state.