Combat use of lasers equated to war crime 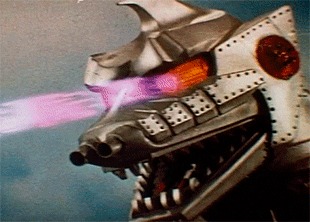 The Assembly of States Parties to the International Criminal Court adopted amendments to the Rome Statute, according to which the use of lasers in combat is now equated with a war crime. This is stated in the message of the Belgian Ministry of Foreign Affairs, which has sought to adopt such amendments since 2009. In addition to the use of lasers, the Rome Statute now recognizes as a war crime the use of biological and chemical weapons, as well as fragmentation munitions, whose fragments in the body of injured fighters can not be detected by X-ray examination.

The International Criminal Court was established in 1998 and began to work in 2002. It is an international judicial body charged with prosecuting people responsible for genocide, war crimes or crimes against humanity. The court acts on an ongoing basis. The reason for his organization was the need to replace the temporary international tribunals that dealt with crimes committed during various conflicts. At present, 123 countries of the world are participating States of the International Criminal Court, including Russia, France, the Netherlands and Palestine.

Today, the United States, China, India, Israel and Iran are against the activities of the International Criminal Court. The authorities of these countries believe that the activities of the court limit their state sovereignty. In addition, these states consider the powers of the international court to be excessively broad. The International Criminal Court acts on the basis of the Rome Statute, a treaty signed in 1998 in Rome and describing acts that are considered war crimes, genocide or crimes against humanity by the countries parties to the agreement.

Currently, the Rome Statute describes about a hundred acts that are equated with war crimes, and some actions can be recognized as such only during international military conflicts, while others – during local wars. In particular, for military crimes committed during international military conflicts, the Rome Statute includes deliberate killing, torture, biological experiments, intentional infliction of suffering, denial of a fair trial and taking of hostages. The list also includes an attack on civilians, rape, the use of children in war, the use of poisons and expansive munitions.

The Belgian Ministry of Foreign Affairs noted that chemical and biological weapons have no selective effect and are capable of killing or causing suffering both for people directly involved in the military conflict and for civilians. Military crime is now considered the use of lasers, which led to a complete and irreversible loss of sight. A clear definition of lasers, which can not be used during armed conflicts, the Belgian Ministry does not. It is likely that laser sights and laser arming systems in general are not subject to the new provisions of the Rome Statute.

Today several countries in the world are engaged in research and are developing developments in the field of developing combat laser weapons. Such weapons are planned to be used to destroy aircraft and helicopters, unmanned aerial vehicles, artillery shells and mortar shells, ballistic missiles at the initial stage of the flight, improvised explosive devices and ships. Thus, at present the US Navy is testing LaWS shipboard laser equipment, mounted on the Ponce assault ship. The power of this weapon is 33 kilowatts. It is used to protect against drones and to dazzle the enemy’s optical targeting systems.