Common lobsters turned out to be the noisiest animals on Earth 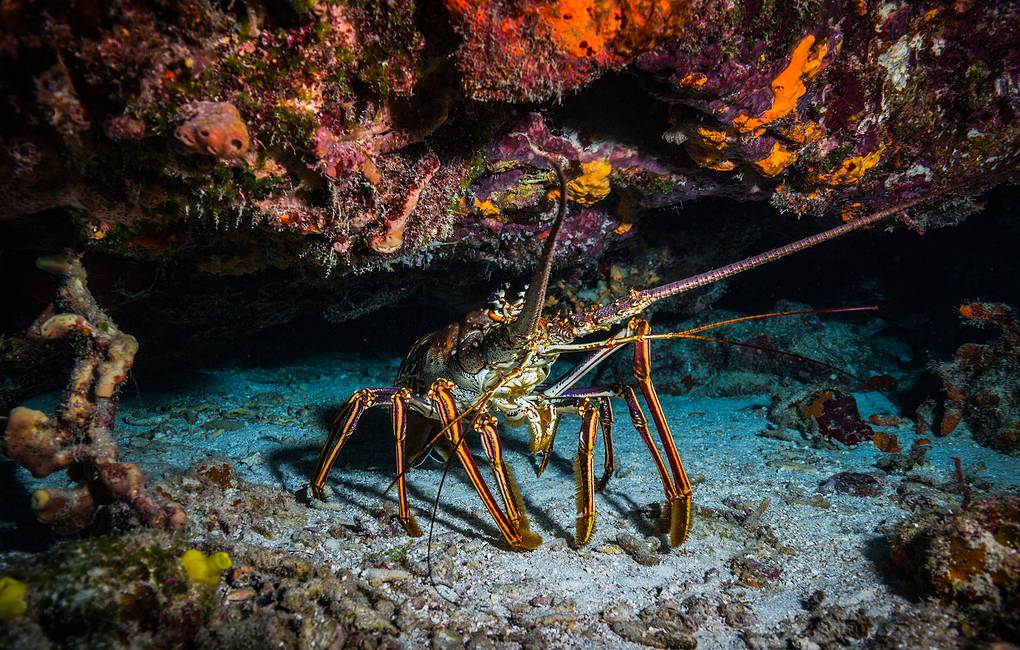 Oceanologists found that European lobsters were the noisiest animals on Earth – the friction of their antennae can be heard or felt at a distance of about three kilometers from them. The results of their observations were published by the scientific journal Scientific Reports.

“Before, we knew almost nothing about how far the sounds made by various marine invertebrates spread. We filled this gap by discovering that common lobsters can emit clicks that their relatives and other inhabitants of the seas will hear hundreds of meters away.” – the researchers write.

In recent years, biologists are increasingly finding that the most powerful, sharp-sighted and fastest creatures on Earth, given the difference in size, are not mammals or other large vertebrate creatures, but land or marine arthropods and other invertebrates.

In particular, scientists recently found out that sea mantis shrimps can hit their prey with their claws on the shells of their victims as much as a bullet fired from a gun, and predatory ktyr flies very accurately aim at their victims and almost always catch them, despite that they don’t have a complex brain.

Similarly, grasshoppers and cicadas can throw themselves up to 100 times more than themselves, and side-walker spiders can adjust their jump movements with accuracy that is not available to professional skaters and the most dexterous mammals.

Oceanologists from France and the United States under the leadership of Julien Bonnel from the Woods Hole Oceanographic Institute (USA), while checking the operation of the underwater microphone system, accidentally discovered another such invertebrate record holder. Scientists developed it in order to study the acoustic signals exchanged between different marine invertebrates.

Immersing a set of microphones in shallow water off the west coast of Brittany, the researchers released next to them ordinary spiny lobsters (Palinurus elephas), which they previously caught in the Atlantic Ocean. After some time, oceanologists began to record sounds, checking how well the device they created worked and how well it recorded signals of crustaceans of different sizes.

These experiments unexpectedly showed that spiny lobsters were one of the loudest animals on Earth. They produced sounds that were comparable in volume to the roar of a turbojet engine or a shot from a large-caliber revolver. At the same time, sounds were transmitted over distances from 10 to 400 meters. According to scientists, at the bottom of the ocean where these crustaceans live, these sounds should be heard at a distance of 2-3 kilometers.

The source of these acoustic vibrations, as shown by observations of individual spiny lobsters, was their antennae. Invertebrates rubbed them about the chitinous outgrowth, which is located between their eyes. Why Palinurus elephas do this is still unclear, however, scientists suggest that they can use these sounds both to warn relatives, and to scare away predators.

Scientists plan to use these sounds as a kind of underwater “radar”, with the help of which it will be possible to observe the ecological state of the bottom of the Atlantic without external sources of signals. In addition, observing changes in the “volume” of such clicks will allow oceanologists to track poachers who illegally catch lobsters off the coast of France and in other regions of the World Ocean.