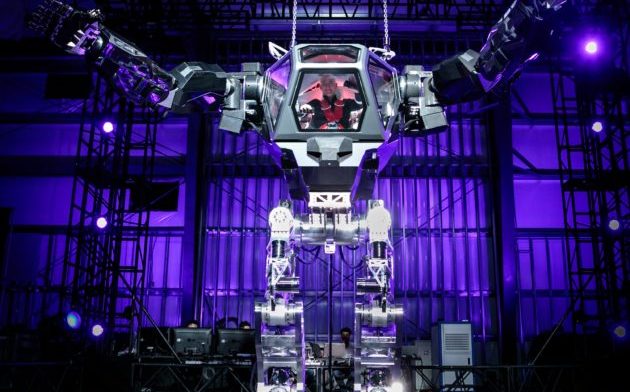 The founder of Amazon and the aerospace company Blue Origin, competing with SpaceX Ilona Mask in the production of reusable rockets, Jeff Bezos became a test of the four-meter robot Method-2. He was able to test the machine in the framework of a conference in the field of robotics, machine learning and space exploration MARS, writes The Verge.

Bezos could only control the hands of the machine with the help of two joysticks. Being in the cockpit of the pilot, Bezos exclaimed: “Why do I feel like Sigourney Weaver?”, Which is a reference to the movie “Aliens”. In the final picture, the main character, whose role played Weaver, fought with the stranger in the exoskeleton.

The robot of the South Korean company Hankook Mirae was introduced in December 2016. The height of Method-2 is four meters, and the weight is about one and a half tons. His design was handled by 3D artist Vitaly Bulgarov, who created models for the films “Ghost in the Shell”, “Transformers 4” and “Terminator: Genesis.” At the moment it is not known at what stage of development the machine is. The video shows only the movement of the hands of the robot, and previously demonstrated walking. In this case, the robot is always fixed on the cables.