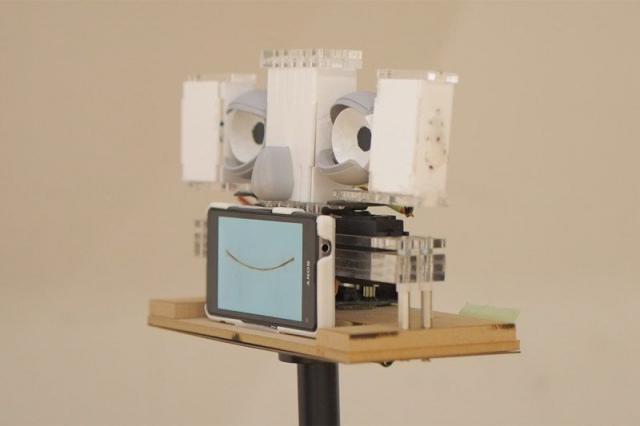 The eye contact of a robot with a person is extremely important for their interaction in the near future, experts of the Japanese company Nippon Telegraph and Telephone Corporation, who created a robot called Transgazer, believe. The device has concave eyes that create an illusion, as if the robot is looking at you, even if you are not directly in front of it.

“We thought, why robots must necessarily have the same eyes as a man. The eyes of the robots can be completely different, “comments one developer Yuki Kinoshita.

In addition to the concave eyes, Transgazer has the usual convex. He can change them by rotating them 180 degrees.

The experiment showed that if its participants were within a viewing angle of 32 degrees, then it seemed to them that Transgazer was watching them.