Concentration of CO2 in the atmosphere sets new records 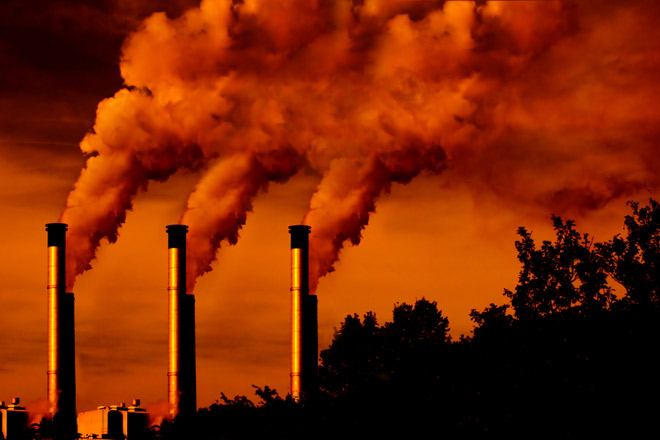 The last two years, the content of CO2 in the atmosphere has grown at an unprecedented rate. Despite the opinions of skeptics, including the American administration, climate scientists find the state of things extremely worrying.

“The rate of CO2 growth over the past decade is 100-200 times higher than what the Earth experienced in the transition period after the glacial period. This is a real shock for the atmosphere, “the scientist notes.

10,000 years ago and before the industrial revolution, the amount of carbon dioxide in the atmosphere was only 280 parts per million. According to NOAA researchers, the average monthly global average for the first time exceeded 400 parts per million in March 2015 and is now growing at a faster rate.

Emissions of carbon dioxide remain in the atmosphere for many years, so even with some reduction by China and other countries, the global average level of CO2 continues to grow. In 1960, it was about 300 parts per million, indicating a sharp increase in a relatively short period of time.

“Carbon dioxide levels have increased by more than 40% during the life of many people on Earth,” said Ralph Keeling, Scripps CO2 program director and greenhouse gas expert. In his opinion, the concentration of CO2 will remain at a high level as fossil fuel combustion increases and this year or next year it can reach 410 parts per million. “This is more than it was in the atmosphere for many thousands or even hundreds of thousands of years.”

Scientists-climatologists have long agreed that the amount of carbon dioxide pumped into the atmosphere by mankind, leads to the fact that the planet heats up at a rapid pace, says Keeling. The results of measurements at the Mauna Loa Observatory confirm this disturbing trend.

However, skeptics still do not believe. So, the administrator of the US Environmental Protection Agency Scott Pruitt last week angered many researchers and environmentalists with his statement that people are not the main source of climate change.

The comment drew the attention of the executive director of the American Meteorological Society, Keith Seitter, who also sent a letter to Pruitt, noting that thousands of independent scientists and numerous scientific institutions proved that people manage levels of carbon dioxide that heat the world and he does not know of any scientific institution that would Had other conclusions.

“We understand and accept that individuals and institutions, both public and private, may have different views on decisions and actions that must be taken in the face of this reality,” he wrote. – This is the nature of the political process in a democratic society. But the distortion of science is not the best starting point for constructive dialogue. “