Concern Volkswagen accused of creating a drought in Mexico 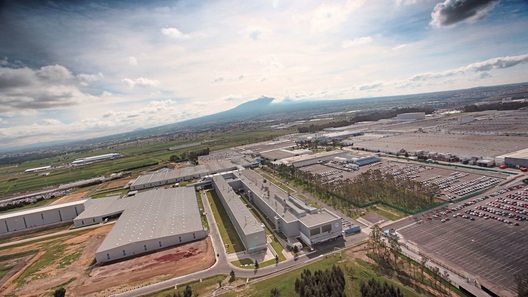 Concern Volkswagen has received one more – this time, perhaps, the most unusual – a lawsuit on the manufacturer’s influence on the environment. Mexican farmers are convinced that the reason for the drought in the country was VW’s attempt to protect its trucks from hail.

Problems with rainfall and, as a result, with yields in their fields are experienced by farmers in the Mexican state of Puebla, where one of the factories of the Volkswagen concern is located. Local farmers, according to the Financial Times, argue that the climate in the region is directly influenced by special “sound cannon”, which Volkswagen disperses the clouds.

The manufacturer, meanwhile, eliminates the probability of precipitation in order to protect only those vehicles that have come down from the conveyors and sent to the warehouse platforms from the hail. Farmers also say that together with the hail Volkswagen saved the state and from the rains, and therefore from the drought the harvest of 2 thousand hectares just perished. The rainy season was supposed to begin in May, but VW’s work on cloud dissipation did not affect the climate better.

According to some reports, the manufacturer has already acknowledged his mistake, saying that he will transfer guns from automatic mode to manual mode and will only include in case of an immediate threat of hail. In addition, the factory workers promised to use a protective net, which, in theory, should reduce the intensity of the use of guns.

However, the association of farmers is dissatisfied with such “half-hearted”, in their opinion, decision. One local ecologist, Rafael Ramirez, told AFP that Volkswagen does not respect its neighbors and does not take into account the fact that if a plant can use alternative methods to protect it from hail, local residents have a different source of livelihood, besides their land, no.

As a result, state farmers sued and demand compensation from the Mexican division of Volkswagen for the dead crop of 70 million pesos (about 4 million dollars). The state authorities, in turn, promised to mediate in negotiations between farmers and the automaker.