Consequences of the Chernobyl disaster indicate unpredictability of evolution 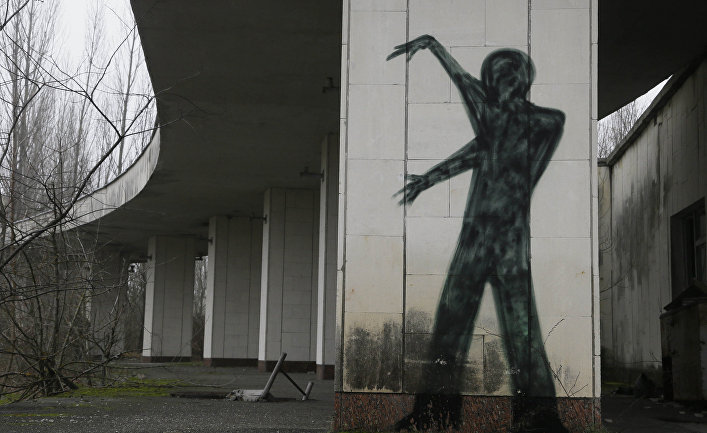 On April 6, 1986, the most terrible radiation disaster in history shocked what is today the northern part of Ukraine. As a result of constructive shortcomings and human errors, a catastrophic explosion occurred in the core of the nuclear reactor.

Radioactive contamination in the form of vapor and smoke flows from a damaged reactor was approximately 400 times greater than the atomic bombardment of Hiroshima. Three months after the disaster, 30 employees and firefighters of the nuclear power plant died as a result of severe radioactive contamination. More than 100 thousand residents were evacuated: they were forced to abandon their homes, apartments, cars, photos and toys, hit by radioactive fallout.

People are gradually returning to the territory around the Chernobyl nuclear power plant. The government team, large enough to comply with the rules of work in the field of infection, monitors the state of the reactor and the level of radiation in this zone. Courageous tourists are increasingly daring to visit the nearby town of Pripyat: they inspect abandoned buildings and try to imagine life in Ukraine during the Soviet period. But curiosity is shown not only by tourists.

The contaminated soil of the Chernobyl Exclusion Zone, a no-man’s land of comparable size and the Yosemite National Park, is ripe for scientific research there. The destruction of the reactor created conditions for the largest natural experiment on the planet in the field of nuclear safety. Observing the changes taking place – reducing the radioactive level, reducing the population, cancer among the survivors, the slow destruction of abandoned cities and villages in the area – we can learn a lot about how wildlife copes with low levels of radioactive contamination, as well as with other The long-term impact factors after the incidents at nuclear power plants.

A new study, led by ecologist Andrea Bonisoli-Alquati of the University of North Carolina, used a common garden experiment to take a step forward in this case, as well as a smaller number of marsh grasshoppers (Chorthippus albomarginatus), caught in the Chernobyl Exclusive Zone and taken to the laboratory. The controlled situation in the laboratory allowed the team members to investigate the impact of parental radiation contamination without worrying about the direct exposure of radiation to offspring.

To do this, they bred grasshoppers and watched the development of their offspring. Since radiation destroys DNA, splits it into parts, the researchers also measured the integrity of the hemolymph (insect blood) using a new technique called the comet assay. They placed the obtained DNA samples on a glass surface and subjected them to an electric current. Since DNA has a negative charge, its elements began to move toward the positive end. And in the case of damaged DNA, the smaller, shattered parts moved farther than the heavier, surviving spirals. Scientists use the size of this part – the tail of a comet – to determine the amount of damaged DNA in the sample.

This type of defense mechanisms can provide an answer to the question of why the offspring of grasshoppers from a more contaminated area survive better, and this is due to the fact that stronger DNA damage weakens cell functions and health.

The case of grasshoppers is a small illustration of how mother nature finds a way to move away from the edge of the abyss, make the necessary changes and eliminate the damage caused by the person. After the disaster that occurred in the spring of 1986, the remainder of the year was difficult for plants and animals in this area. Many of them have since been able to recover, and by 2015 the number of mammals in the Chernobyl zone was comparable to their number in neighboring areas not affected by radiation.

Such stability is just wonderful, given that most of the contaminated area will not be safe for human habitation for 20 thousand years. The number of people in the Chernobyl exclusion zone is 200 (they are elderly self-settlers), and they were eventually allowed to stay there, so the forests around Chernobyl are now de facto a wildlife sanctuary. In other words, people appear to be more dangerous to animals than radioactive fallout.

Years of research work show that this exclusive zone is far from being a vacant lot, as we often see in the apocalyptic pictures of the nuclear winter after the third world war. Recent calculations based on observations from helicopters and the study of traces of animals showed that the wolves in the Chernobyl special zone are seven times larger than in the neighboring regions. Installed traps with video and cameras allow us to say that such rare species as the elusive Eurasian lynx (the last time it was seen in this place more than a century ago) began to appear in this special zone.

During the turbulent 1990s, when poverty in the countryside increased, and no wildlife conservation, many four-footed fell into the risk zone, and the Chernobyl zone was one of the few places in the former USSR where there was no sharp reduction in the population of moose and wild wild boars. Some animal species even learned to take advantage of the unique situation in which they found themselves: black fungus fungi were seen in the core of the reactor. When curious scientists brought these fungi to the laboratory and exposed them to radiation, it turned out that they grow faster in such conditions, and it seemed that the fungi had adapted to the ionized radiation emitted by the reactor to generate energy.

This does not mean that wildlife has escaped the pernicious impact of the Chernobyl disaster. Some researchers in general doubt that there was an increase in the animal population in the exclusion zone. Many invertebrate animals, including butterflies and spiders, can rarely be seen in the most contaminated areas. Unlike wandering wolves and deer, invertebrates live and eat in a very limited space, and therefore they are forced to stay in highly contaminated places.

At the swallows there were found a smaller brain, as well as deformation of the beaks. The reason for this kind of mutation is considered to be radioactive contamination, while other experts believe that the reason for this may actually be a reduction in human activity (swallows, like pigeons, well coexist with humans). Since the increase in radiation levels occurred at the very moment when people left the Chernobyl zone, it is difficult to say which factor – the absence of a person or the long-term effect of radiation – caused these changes.

Such mixed effects are often noted in the observations and natural experiments that make up the majority of the scientific literature devoted to the Chernobyl disaster, and there are not so many data that can help solve existing problems. So, for example, we know very little about cancer, about generic effects, genetic mutations (all this arises as a result of long, classical radiation exposure) among representatives of wildlife in the Chernobyl zone.

The history of the Chernobyl exclusion zone after the disaster seems to be quite complex, but the situation there is not as gloomy as many predicted in the late 1980s. Wildlife has an amazing ability to absorb and respond to the consequences of a catastrophe.

However, such a remarkable ability has its own flaws. No ecosystem has completely recovered from a catastrophe comparable in scale to the Chernobyl disaster. Instead, a process of change and adaptation takes place. Human exposure and climate change, these two major new environmental challenges of our time are likely to have a similarly complex and unpredictable impact.

Some species, including rats and swallows, will be able to adapt, they will be all right, and they will even thrive. While others, such as elephants and bison, can not adapt or even cease to exist. We do not have enough knowledge to protect most species in one way or another. The amazing second chance for life, received by the animals in the Chernobyl exclusion zone, shows how unpredictable evolution can be.