Coral “skyscraper” found off the coast of Australia 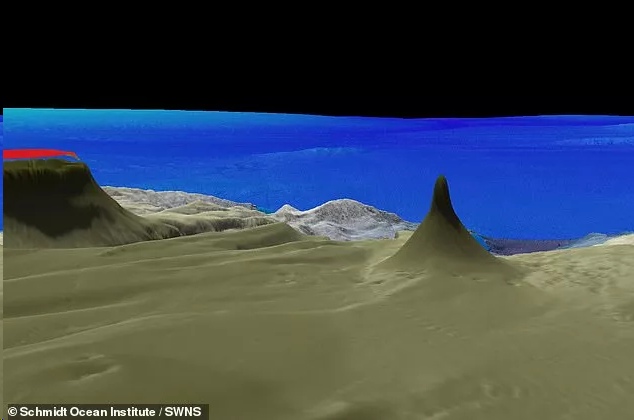 A “skyscraper” made of corals was discovered in the Great Barrier Reef in Australia. The height of the unusual mountain reaches 500 meters! Scientists say a similar design was seen 120 years ago.

As it turned out, to build a skyscraper, steel and concrete are not needed at all. You just need to wait a couple of thousand years and it will appear itself!

A coral “skyscraper” was discovered off the coast of Cape York in northern Queensland. It has a wedge shape. Researchers report that this structure is 1.5 kilometers wide at the base, while at the top it tapers to 40 meters. In terms of height, the spire of the “skyscraper” exceeds the height of the Eiffel Tower!

According to scientists, such unusual structures are formed as a result of the growth of several generations of corals. First, corals grow on sea rocks, and then, grow on the skeletons of their “predecessors”. Marine biologists also note that such structures can form over the millennia, adapting to changing sea levels.

This “skyscraper” was discovered by scientists aboard the research vessel Falkor as part of a year’s study of the ocean off the coast of Australia. “We are very surprised and thrilled with what we found,” said Dr. Robin Beeman of James Cook University. The researchers note that most of the reefs in the area were already mapped back in the late 1800s.