Corals are able to create their own sunlight 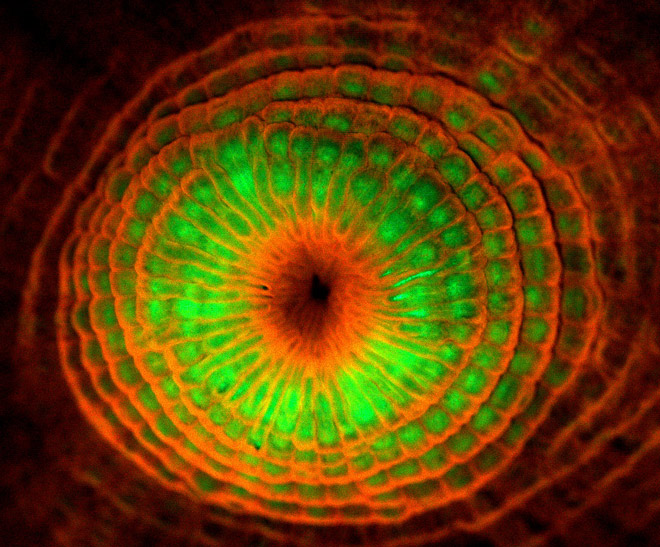 Corals – beautiful, colored and fluorescent formations on the seabed. Reefs are usually bright colors, because they do not live alone. Billions of years of corals are in symbiotic relationship with algae: reefs give them shelter, and organisms turn sunlight into food for corals.

Corals make something else for algae. Inside their tissues there are proteins that take ultraviolet light from the sun and turn it into a luminous green sunscreen “screen”. Since corals live right under the surface of the water, such protection is very important.

But at depth it is dark, because there are few rays of the blue part of the spectrum. And yet there are corals that live at a depth of hundreds of meters below the surface and manage to shine with burning hints of orange and red. The reasons for this fluorescence remained a mystery until the last moment.

Deep sea corals glow to get more sunlight, the latest study reports. Proteins absorb scarce light and give it out as a red-orange glow that penetrates deep into the tissues where their microscopic guests settle. This means that for photosynthesis there is light, using which algae create energy and food for the coral.

“This is the strategy followed by some corals to cope with the trials of the low-light environment,” says biologist Jorge Widenmann of the University of Southampton in the UK. “It’s an adaptation with a delightful by-product.”

The study is important for preserving corals, as it shows how different species adapt to different light conditions. Scientists have considered the idea that deep-sea reefs can be a safe haven for shallow-water corals during periods of extreme heat.

Larvae of shallow-water coral polyps, which bear currents, can reproduce at depth and send their offspring back to the surface when the temperature again becomes normal.

But “depth may not be a convenient way to escape,” says Widenmann. He worries that shallow-water corals can not adapt to the depth with a small amount of light. “We have to make sure that their houses in shallow waters will remain habitable,” he sums up.