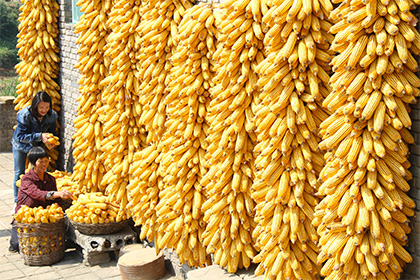 Biologists from the Cold Spring Harbor Laboratory (US) achieved an increase yield of corn by 50 percent due to “twisting” is already known genetic mutation. This was reported in the journal Nature Genetics.

Researchers have long suspected the existence of gene mechanism that acts as a brake, stopping the growth of corn cobs. Finally they were able to figure out that these are localized “brake” in fea3 gene.

However, the mutation of the gene gave no giant, but, on the contrary, small ears irregularly shaped. “The plant produces too many stem cells, and they create a surplus of seeds, which ear is not able to provide light, moisture and nutrients,” – explains senior author David Jackson (David Jackson) study.

Failure does not stop scientists: they have decided to “switch on” a mutation in a weakened form. It turned out that in this case the cops were great, and the grain there was a 50 percent increase.

Geneticists say that the significance of their discovery is not limited to corn. Similar mutations that remove the “brake” on the path of growth of plants, you can turn to other crops.

In 2015, geneticists have found a way by which you can create gigantic vegetables. Biologists have noticed that the change in the gene structure CLAVATA3 led to the fact that with the help of another gene (WUSCHEL) produces more stem cells. Scientists hope with the help of gene regulation CLAVATA3 increase the yield of crops. 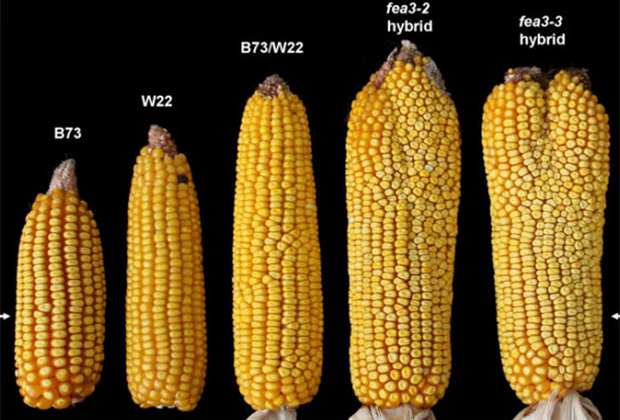