Coronal hole on the Sun will cause geomagnetic storms 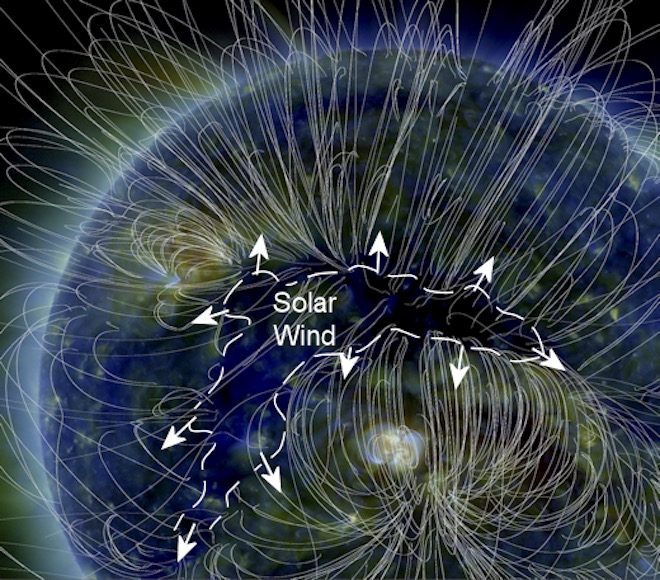 In the next weekend, the occurrence of geomagnetic storms is possible – by this time the flow of a rapidly moving solar wind will reach the Earth’s magnetic field. The gaseous material extends from a coronal hole in the form of a crescent moon in the atmosphere of the Sun, as shown in the image based on data from the NASA Solar Dynamics Observatory.

Coronal hole – the area in which the lines of the magnetic field of the Sun open, and allow the solar wind to escape from the atmosphere.

The NASA STEREO-A spacecraft measured the flow velocity: ~ 575 km / s. NOAA forecasts state that there is a 45 percent probability of geomagnetic storms in G1 class when the flow comes January 20-21.

Good news for fans of the Northern Lights: in the weekend the night sky can explode with colorful lights. Do not miss!