Coronavirus found in minks from a Polish farm 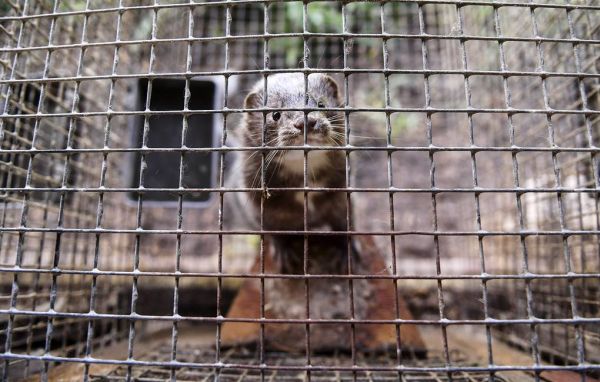 Particles of a new type of coronavirus were found in the body of 15 minks from one of the farms in northern Poland. This casts doubt on the words of veterinarians, according to which at the end of November there were no traces of the virus on these farms. The conclusions of the scientists were published by the electronic scientific library bioRxiv.

The problem with minks and a new type of coronavirus was identified at the end of April this year. Then the Dutch media reported that local epidemiological services found traces of the virus in the body of minks, which were grown on two farms in the province of North Brabant. The Dutch authorities suggested that the virus got to the animals from infected farm workers.

Later, foci of coronavirus were recorded on mink farms in the USA, Canada, Denmark and other European countries. Because of this, the authorities began to massively destroy animals and prohibit their breeding. Additional concerns were raised by the fact that in mink populations the virus mutates particularly quickly and is easily transmitted from humans to animals and vice versa.

At the end of November, it became known from the Polish media that the coronavirus was found in minks from one of the livestock farms in northern Poland. Subsequently, the Minister of Agriculture of the country Grzegosz Puda denied these statements. According to him, experts from the Polish Veterinary Institute did not find traces of infection in the bodies of the dead animals.

Polish and Finnish doctors, under the guidance of Associate Professor of the Medical University of Gdansk Maciej Grzybek, studied in detail the health status of almost a hundred minks from this farm and came to the conclusion that Puda’s words did not correspond to reality.

During the study, scientists analyzed samples of sputum and other biological fluids from minks that farmers collected even before the statements of the media and the minister. Using several analysis systems, the researchers tried to find traces of RNA and fragments of the protein coat of the coronavirus in these samples. Carriers of SARS-CoV-2 were 15 animals at once.

Scientists’ calculations show that the virus entered the farm in early October. In terms of the structure of the genome, it was most similar to those strains of coronavirus that circulate in Germany and Norway.

In the RNA of all samples of the virus, there were two relatively rare mutations that changed the structure of the S-protein of the coronavirus, a key part of its envelope, thanks to which the virus enters healthy cells. These mutations could affect the ability of SARS-CoV-2 to infect humans and animals. In the near future, Grzybek and his colleagues plan to study how these changes in the SARS-CoV-2 genome influenced its infectivity and danger to humans and minks.

“Poland is one of the largest fur producers in Europe. Given the size of the mink population in the country, as well as the number of people employed in this industry, we believe that in the very near future it is necessary to launch a biomonitoring program at the national level. to prevent this sector of the economy from becoming a reservoir for SARS-CoV-2, “the researchers concluded.

It should be added that the scientists’ article was not reviewed by independent experts or reviewed by the editors of scientific journals, as is usually the case in such cases. Therefore, conclusions from it and similar articles should be treated with caution.