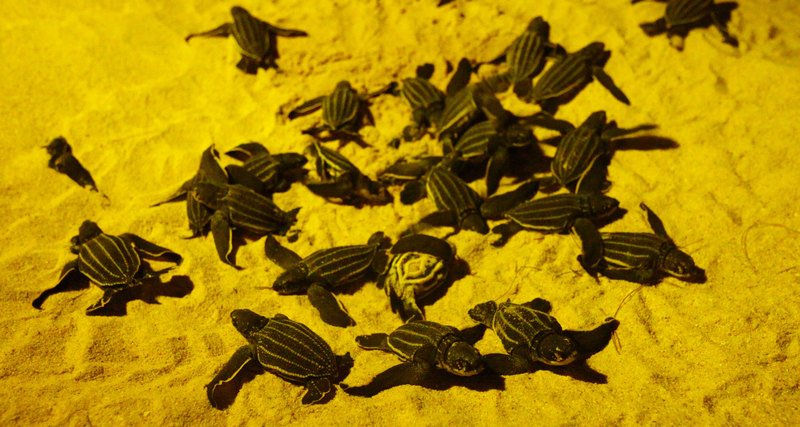 The lack of tourists allowed the marine inhabitants to occupy the beaches that were chosen by people.

The introduction of quarantine in Thailand due to the coronavirus pandemic and the restriction on the movement of people, including tourists, allowed marine animals to return to the beaches. In Phuket, which is a popular resort, leatherback turtles began to lay their eggs on deserted beaches.

As the director of the Phuket Marine Biological Center, Kongkiate Kittivatanavong, told Reuters, when tourists disappeared and the number of fishermen dropped dramatically, turtles no longer run the risk of dying in fishing gear or being killed by people. As a result, for the first time in 5 years, amphibians laid eggs on the beaches of Phuket, and 11 nests discovered became a record number over the past 20 years.

Head of the Sea Turtle Foundation Mai Khao Kanokvan Khomcha-ai emphasized that in addition to rare amphibians (leatherback turtles are the largest modern turtles and are endangered), the region has also seen an increase in other marine animals, dolphins and dugongs.

Recall that in other countries of the world wild animals also increased their activity in cities – jaguars, crocodiles and turtles were seen at popular resorts in Mexico, wild boars appeared in the Israeli city of Haifa, deer – in the suburbs of London, wild goats were found in Wales, and in Normandy, for the first time in the last century, wolves appeared.