Cosmic radiation has proven beneficial to the brain 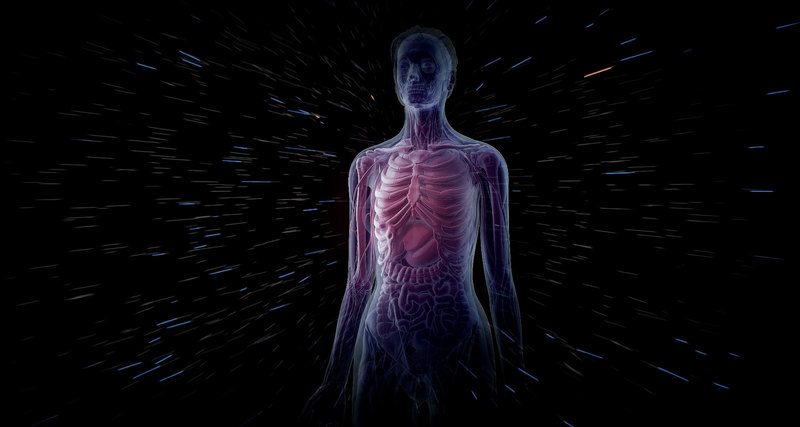 Russian scientists have obtained unusual conclusions from studies of the influence of galactic cosmic rays on the psychoemotional state and mental abilities. It turned out that cosmic radiation can positively affect the functions of the central nervous system.

Until now, mankind has not been able to create effective protection against ionizing radiation, and therefore cosmic radiation, from which the Earth maintains a dense atmosphere and magnetosphere, is one of the main problems for long space travel. But according to the results of laboratory tests on rats, scientists from Russia were able to understand the mechanism of the positive effect of space radiation on the central nervous system.

The rodents were subjected to the combined effects of heavy charged particles and gamma rays, equivalent in composition and doses to the 860-day interplanetary mission (the flight to Mars will take 180 days one way), and then rats from the experimental and control groups were compared. Each of the groups was divided into subgroups of young and mature individuals.

It turned out that immediately after irradiation in rodents, anxiety increases, but it gradually disappears. But the individuals exposed to radiation proved to be better in tests for orientation in space. The researchers attributed this to the difference in the concentration of glutamate and gamma-aminobutyric acid (GABA) in the brain – these substances serve as neurotransmitters in the central nervous system (glutamate – excites, GABA – inhibits).

“The most interesting is the disclosure of the mechanisms of the positive effects of ionizing radiation on the functions of the central nervous system, because they can be used for new therapeutic approaches to the treatment of neurodegenerative and psychiatric diseases, in particular, the pharmacoresistant form of clinical depression. The team is working in this direction and soon data will be presented on the effects of exposure to heavy charged particles on the course of the neurodegenerative process, such as in Alzheimer’s disease and amyotrophic lateral sclerosis, ”said the lead author of the study, senior researcher at the Laboratory of Psychopharmacology, Federal State Medical Research Center named after V. P. Serbsky »Ministry of Health of Russia Viktor Kokhan. “A decrease in GABA levels causes the so-called disinhibition of the central nervous system, which is accompanied by increased motor activity, situational anxiety and increased learning performance in a number of cognitive tests,” explains Viktor Kokhan. – We suggest that increasing the level of the enzyme GABA-aminotransferase is responsible for this effect. At the same time, a change in the glutamate / GABA balance is a pathophysiological link in a number of neurodegenerative and psychiatric diseases ”

“Thus, on the one hand, we did not reveal any serious disturbances in the functioning of the glutamatergic and GABAergic systems, but on the other hand, ionizing radiation still causes deep remodeling of the nervous tissue. It just so happened that functionally this has a positive effect on the central nervous system, ”said Viktor Kokhan.

Effects and hypothetical mechanisms of their occurrence a group of researchers, which included employees of the FSBI “NIICPN them. V. P. Serbsky »of the Ministry of Health of Russia, the Joint Institute for Nuclear Research (Dubna) and Moscow State University named after M.V. Lomonosov, described in a scientific paper, which was published in the authoritative journal Neuroscience.