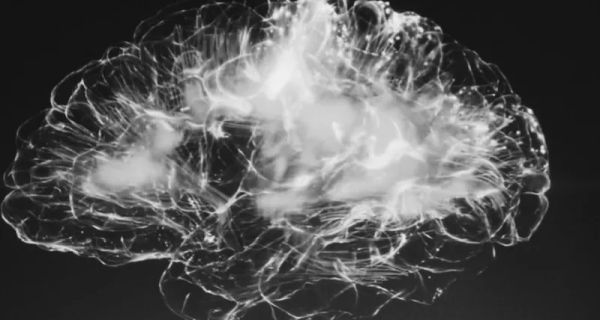 Having studied the results of hundreds of encephalograms of patients suffering from coronavirus, doctors revealed a very unpleasant pattern – many of them developed brain pathologies.

COVID-19 continues to “delight” us with side effects, from which even those who have successfully defeated the disease suffer

Among the many serious symptoms of COVID-19, the strange neurological effects many patients experience are considered perhaps the most mysterious.

The sudden loss of smell and taste was one of the first unusual symptoms reported by COVID-19 patients. In addition, cases of stroke, seizures and the development of cerebral edema, that is, encephalitis, have been described by doctors. Some patients diagnosed with COVID-19 also experience confusion, lightheadedness, dizziness, and difficulty concentrating, according to doctors’ reports.

For several months, doctors tried to understand how the mysterious virus affects the human brain, but could not fully explain the mechanism of its action. To summarize the large amount of disparate data, two neurologists reviewed research examining how COVID-19 disrupts patterns of normal brain function.

The main focus was on the study of electroencephalograms, which record electrical activity in various parts of the human brain, usually using electrodes placed on the scalp.

Among 420 patients in whom the basis for an EEG was recorded, the most common cause was a change in mental state: about two-thirds of the patients examined experienced delirium, coma, or confusion.

About 30% of patients experienced a seizure-like seizure that prompted their doctor to order an EEG. Some patients had problems with speech, while others had sudden cardiac arrest, which could disrupt blood flow to the brain.

EEG scans of patients showed a spectrum of abnormalities in brain activity, including some rhythmic patterns and epileptic bursts of activity. The most common anomaly was the so-called. “Diffuse slowing”, that is, a general slowing down of brain waves, indicating a general dysfunction of brain activity.

In the case of COVID, this disorder may be the result of widespread inflammation as the body strengthens its immune response. Another possible cause is decreased blood flow to the brain if the heart and lungs are weak.

In terms of localized effects, a third of all abnormalities found were in the frontal lobe, the part of the brain responsible for logical thinking and decision making. The frontal lobe also helps us regulate emotions, control our behavior, and influences learning and concentration.

“Many people think that they will get sick, get well and everything will return to normal. However, our results suggest that patients may have long-term problems. Previously, we only suspected this, but now we find more and more evidence to support the theory, ”the doctors write in their study.