Created a drone capable of taking off from the water

Researchers from the University of North Carolina have developed an unmanned vehicle that is able not only to fly in the air, but also to swim underwater and re-emergence.

The drone called EagleRay was created with the support of Teledyne Scientific. According to the developers, the drone will help monitor the state of the environment and warn about fires. Such devices are capable of carrying several different sensors, including sonar. 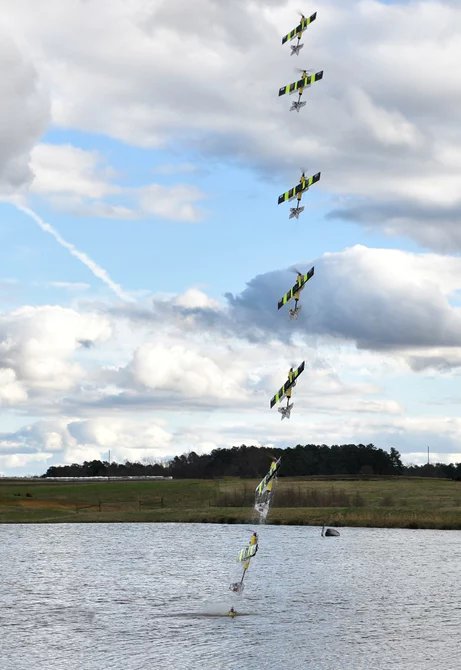 UAV can be scaled, that is, you can create a larger model depending on the tasks.

The existing model EagleRay has a wingspan of 1.5 m, a length of 1.4 m. The weight of the drone is 5.7 kg. The drone has an electric motor with a screw, which can be used both for flight in the air, and for movement in water.