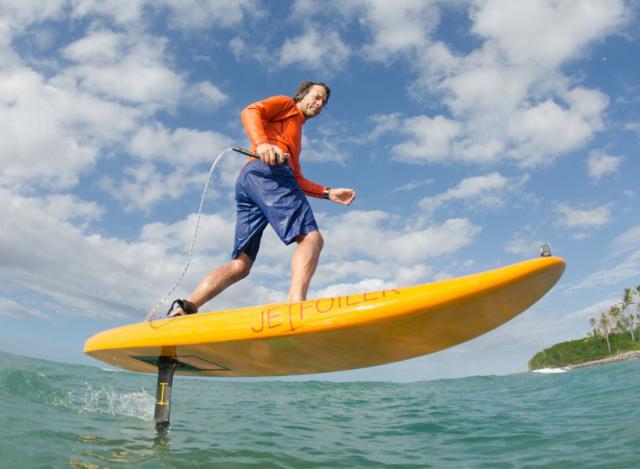 A group of enthusiasts decided to combine a surfboard with underwater wings. As a result, an unusual device called eFoil appeared on the light. From the side, swimming on the board looks as if a person is hovering above the waves on it.

EFoil is equipped with an electric motor, which makes it possible to move even in the absence of waves. According to the developers, the board will help people learn the art of surfing.

EFoil is controlled by a remote control attached to the board. It allows you to change the speed of movement and direction.