Created a holographic screen with fog 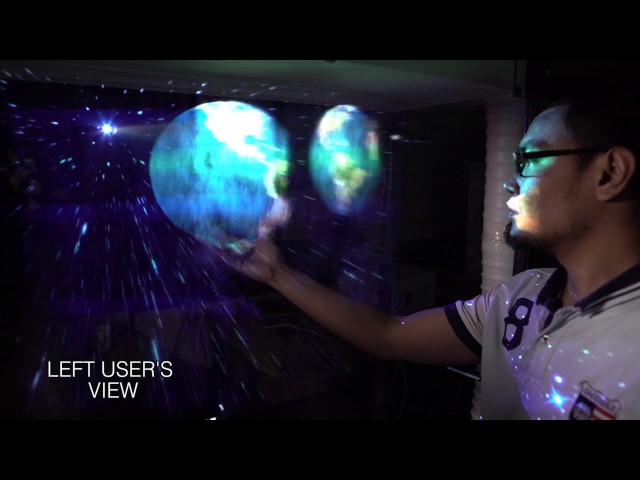 The fog allowed to create an interactive screen, freely changing its shape. The foggy image is highly annoying, but screens where images are projected onto shallow fog can open up opportunities for creating interactive holograms and displays floating in the air. A team of researchers from the University of Sussex has found a way to make fog screens that change shape and can keep the objects being displayed in focus, allowing multiple users to interact with them at once.

Screens, projecting images on the fog, the invention is far from new. Such futuristic screens as MisTable usually do not have acceptable visual quality. Creating the impression of an image floating in the air, they can not display frames in high resolution, because the fog diffuses the light in different directions. Thus, the pixels in the image are often mixed, and the brightness may be non-uniform throughout the surface.

A new screen, created by scientists from the University of Sussex, was named MistForm. He is able to solve these problems by changing his form while displaying the picture. Like other systems, the screen consists of a thin layer of fog, surrounded by “curtains” from the air, to keep it in a steady state. A flexible tube releases the fog from above and drives it to stretch a screen the size of a 39-inch TV.