Created a prosthetic hand with a phone charger, a flashlight and a drone 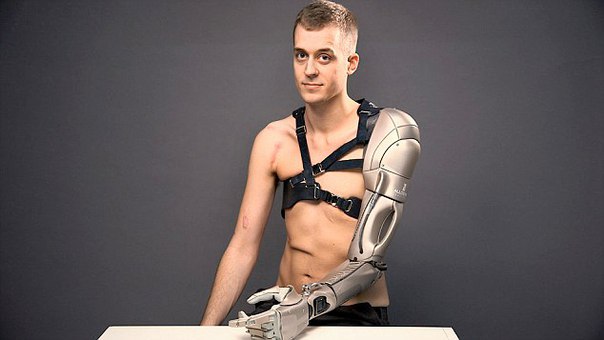 James young was a participant in the experiment that led to the transformation of a man into a cyborg. Young to have received a bionic prosthetic hand. He was lucky – as an avid gamer, he saw an advertisement for Konami, a company that was looking for volunteers to test his futuristic bionic hand prosthesis.

The system designer is Sophie De Oliveira Barata. She also created and Alternative Limb Project. Interestingly, Sophie develops and bomb suits for the heroes of Hollywood movies. She has fully developed the appearance and functionality of the prosthesis James and company Open Bionics has implemented all of this a reality through a 3D printer.