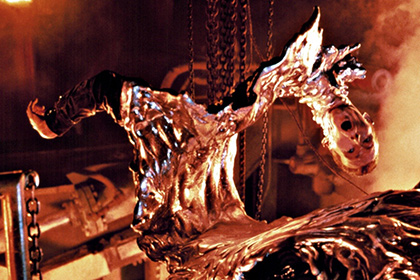 Engineers from RMIT University have created blobs of liquid metal that is able to move autonomously. Scientists plan to use them for reception of electronic circuits, whose components are able to rebuild and create new forms. The principle of operation of “living” metal that is described in an article in the journal Nature Communications, looks like a killer robot from the movie “Terminator 2: judgment day.”

In a series of experiments, the researchers loaded a drop of gallium metal in aqueous salt solution with a certain level of acidity. Changing chemical properties of the solution, the researchers were able to force the drop to change shape and move in any direction. However, they did not use external mechanical, electronic or optical stimuli. The engineers managed to create various devices, such as moving objects, switches and pumps, whose work is based on the interaction of metal droplets and the solution.

According to scientists, their development will help in the future to use liquid metals to create the display components of electronic devices. Ultimately, the scientists, it will be possible to build humanoid robots that resemble T-1000 from the film series “Terminator”.

T-1000 — the main antagonist of the film “Terminator 2: judgment day.” His role was played by actor Robert Patrick. Is a robot composed entirely of liquid metal alloy which can change shape, colour and state of aggregation. It is also capable to gather from the individual drops.