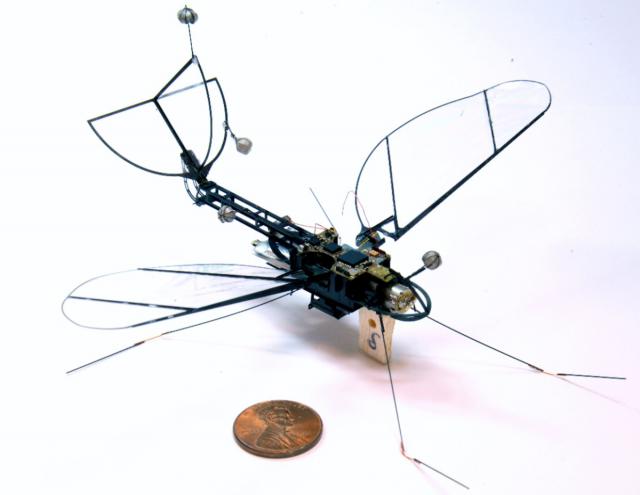 Previously, experts have demonstrated the capabilities of your tiny flying robot, but the engineers first showed a video where a miniature device keeps running around without a wire from an external power source.

The wingspan is 16 FWMAV see the Robot weighs only 3.2 grams, almost half the weight falls on the motor. The video presents flying FWMAV with integrated power supply, control systems and communications, according to IEEE Spectrum. The robot flaps its wings with a frequency of 25 Hz. In contrast to these moths FWMAV is not able to control each wing separately, so to stabilize he has a tail. In addition, the robot is not yet able to fly on their own. It must start with a catapult.