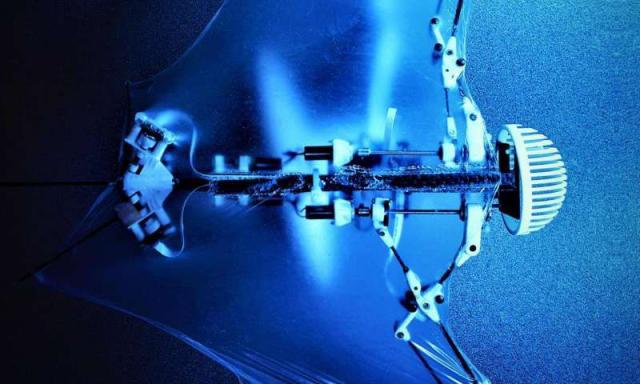 Experts from the University of Illinois at Urbana-Champaign and the California Institute of technology have developed a robot that has the same wings, and a bat. The presence of membranous wings allows the device to perform complex maneuvers not available to conventional drones.

The robot is called the B2 weighs just 93 grams. It is more secure, since the wings of the robot are made of flexible materials that the collision will cause a minimum of damage. Membranes of the wings are made of a silicone membrane with a thickness of 56 microns. In flight, the robot is able to change the schema of the joints of the wing.

According to the developers, B2 can be used in various fields, including to monitor the construction. The robot will be able to cling to the building structure: steel beams, frames, slabs, and stay in this position for a long time, which makes the use of these robots a more effective solution than the use of quadcopters.

B2 has no screws, so it does not produce loud sounds. The robot can be equipped with a 3D camera and various sensors and use it for inspections of areas affected by natural disasters.