Created an artificial muscle, working on a liquid and vacuum 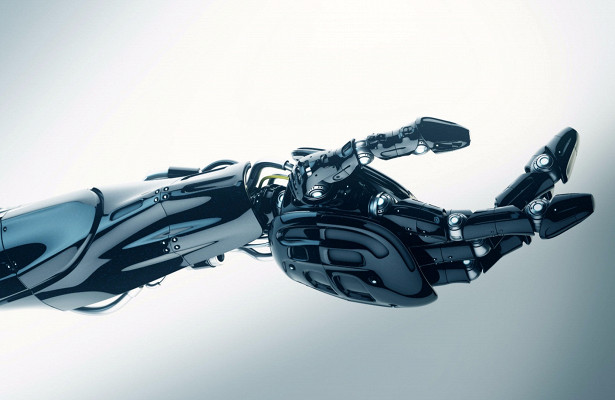 English and American scientists have created an artificial three-component muscle that is controlled by liquids that are compressed at negative pressure.

To create an inexpensive artificial muscle that can be widely used in practice, the researchers developed a model based on the ability of liquids to compress under the action of negative pressure generated by electric current.

The model “muscle” was assembled from three parts. The basis of the muscle lay a plastic polymer “skeleton”, folded “accordion”. Coverlets “skeleton” stretchable film – hermetic “skin” for artificial muscle. Inside the muscle was a fluid filling the space between the inner surface of the “skin” and its “skeleton.” The tube was brought to the muscle, the other end of which was the Instron 5544A vacuum source.

Experiments have shown that artificial muscles are able to contract more than 90% of the initial length, develop a force in excess of 600 kPa (for comparison, in order to grind a block of foam concrete into dust, 2.0-7.5 Mpa is enough) and create a maximum specific power from above 2 kW / kg is about twice as powerful as the motor of an electric bike.

You can make artificial muscles from inexpensive polymeric materials. As a skeleton, any sufficiently rigid folded structure can act from the spring to the hinge system. “Skin” can be made of resistant to the effects of liquids of tensile materials – the main thing is that these materials can be hermetically sealed.

The artificial muscle is not only cheap and strong, but also capable of bending in a variety of ways. If in the “skeleton” of the muscle in certain places to make holes, the muscle that filled the muscle under the influence of vacuum will give it different positions that can be thought out and calculated in advance. And thanks to the “folding” skeletons, the muscle can rotate 90 degrees and “bend” 54%. And all this with the use of a single source of vacuum.